Going out on ‘un date’ – the cultural quirks of romance 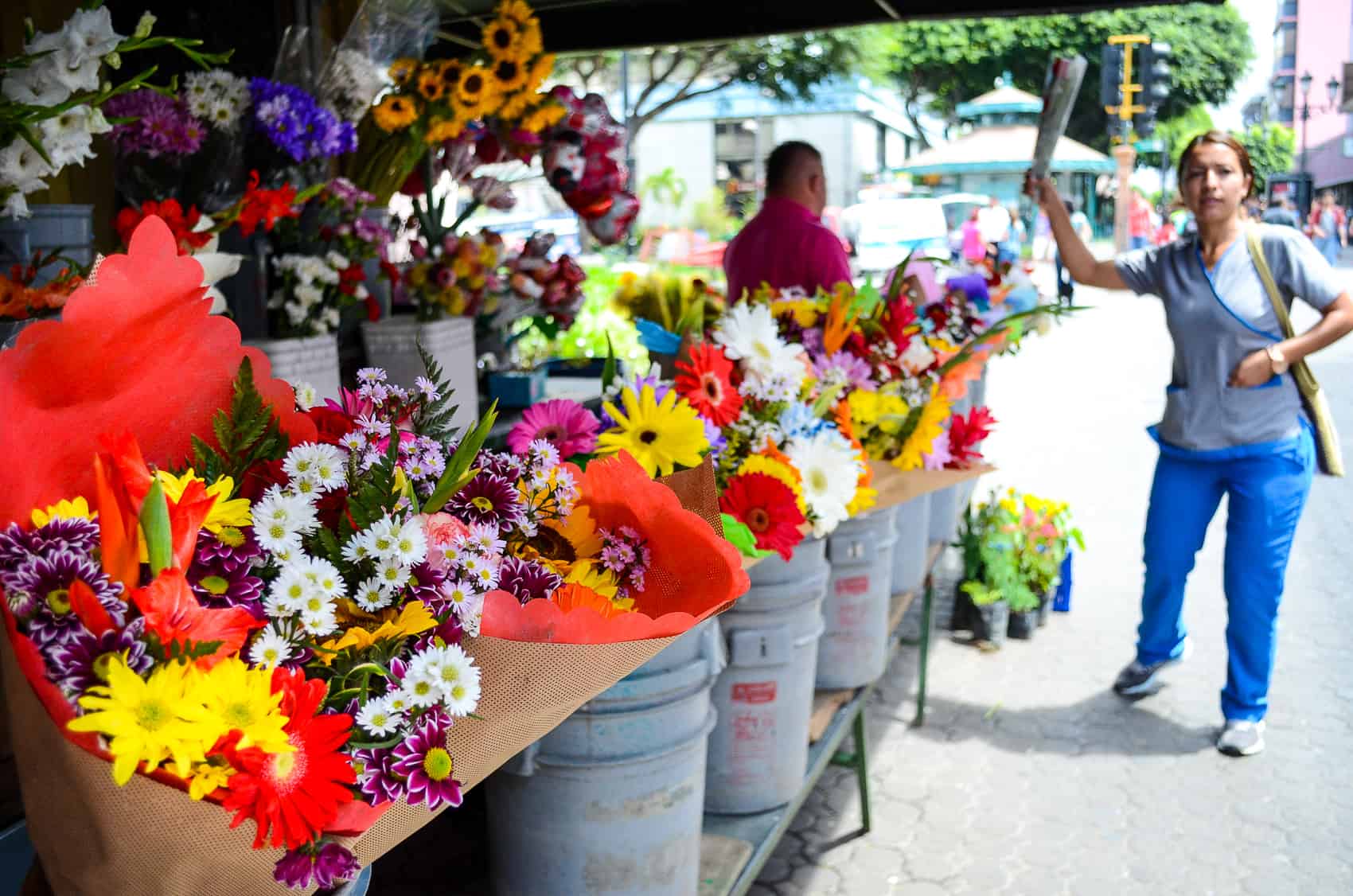 Getting ready for Valentine's Day in Costa Rica, where the dating scene is governed by different rules than in the United States. (Alberto Font/The Tico Times)

Recommended: Ticos in a winter wonderland

It is perhaps fitting that Valentine’s Day should be named after a martyr. More than anything, February 14th evokes that delectable yet somewhat torturous practice called “dating,” which human beings the world over are known to inflict on each other starting at puberty. If you think about it, the social image of Valentine’s Day is built not around love, or relationships, or even personal connections. At least in its quintessential expression, in the fancy dinner and the chocolates and the candles and the all-pervading red, Valentine’s Day is really Big Date Day.

I am thankful for dating. As a woman, I consider it a symbol of my freedom to choose the person with whom I would like to spend my time, be it years or a few hours. In reminding us that we are not compatible with everyone, dating is a celebration of our individuality. My grandmother was never allowed that kind of liberty. She married a man she had seen only a couple of times and who asked for her hand when she was barely fifteen. It is true that she loved my grandfather, as do many people who enter arranged marriages or marriages with people they hardly know, but I am nonetheless relieved that I get to judge for myself, and that I can either like or dislike the men I meet. Dates, even bad dates, are a sign of social progress.

That being said, I believe dating is one of the most curious rituals we observe on a regular basis. Here is a rite where two people, who typically don’t know each other, attempt to provide and obtain information relevant to mating while conversing in a public place. Of course, it is never as straightforward as that. Because we do not want it to feel like an audition and because we shy away from intensity, we try to combine it with other activities: eating, drinking or going to a movie. There is even a dating site dedicated to proposing ideas for first dates, ranging from “how about we make grilled cheese sandwiches for breakfast” to “how about we run six miles uphill at 5 a.m.”

For years, Costa Ricans have shunned the use of dating sites. I often wondered why that was, in light of the fact that we are (or like to consider ourselves to be) a country of extroverts. But our extroversion is combined with a general mistrust of strangers. This could be related to crime. It could be related to a disastrous urbanization process that damaged our sense of community. I believe it might also be related to the size of the country and the tightness of our social networks: because we adhere to the cliché that everyone in Costa Rica knows everyone else, we feel awkward interacting personally with someone we have never met, and with whom we have no friends in common.

This appears to have changed recently with the emergence of Tinder. I have been surprised to learn that many of my Costa Rican friends have joined the app in the last couple of years. It would seem that in this, as in other aspects, Costa Ricans are performing an act of cultural leapfrogging: skipping dating sites and going straight into dating apps, the way that we skipped over the early days of social media and landed squarely on Facebook. I wonder if our incursions into online dating mean that we are heading towards some form of standardization – if cultural and social norms governing our romantic and sexual interactions will eventually converge with those of other Western cultures.

While it should be obvious by now that I am not an expert on dating, in any language, I have nonetheless learned a thing or two about romantic idiosyncrasies. Even with some level of convergence, dating in Costa Rica and the United States is a game with slightly different rules.

Some of the differences are idiomatic. The word for “date” in Spanish (cita) is the same word you would use for a medical appointment. It is true that dating can sometimes feel like pulling teeth, but it is still a little weird to use the same term for getting a cocktail and a root canal. Costa Ricans therefore circumvent the word, saying they are going out, meeting someone or even that they have “un date,” in Spanglish. This nominal casualness extends beyond our verbiage: dating is less formal in Costa Rica, less codified. People go out, but there is nothing like the first date, second date, third date expectations that are commonplace in the United States. We also have an idiomatic joker card, which English speakers lack: “te quiero,” a lighter version of “I love you” that provides a safe ground during the first stages of a relationship. It’s like a mezzanine between the downstairs, friendly “me gustás” (“I like you”) and the upstairs, intimate “te amo” (“I love you”).

There are likewise differences in the way we physically interact with each other that release some of the tension of the first encounters. Since we normally kiss, hug and compliment the way others look, even when we are not trying to pursue someone romantically, it is less strange to do so when you are actually out on a date. Traditions like meeting the parents also lack the meaning they carry in the U.S., given that our parents remain a more or less constant presence in our lives and usually live close by, if not in our same house (which, by the way, we need to do something about: Costa Ricans live with their parents way past the age they should).

This ease is countered by other kinds of constraints. There is the constant running into people you know, the relatively limited offer of places to go to, and the risk that the person you are meeting has at some point dated one of your friends or is a friend of someone you’ve dated. We also continue to struggle with the effects of machismo, which seriously hamper the construction of healthy relationships.

But I believe we are improving, and not just because of Tinder. I think we are exhibiting a more open-minded approach to meeting people and going out with strangers. After all, the “pura vida” philosophy should imply an inclusive view of the incredible diversity of life and people in it.

Happy Big Date Day, folks. Tell someone you love them. Even a “te quiero” will do.