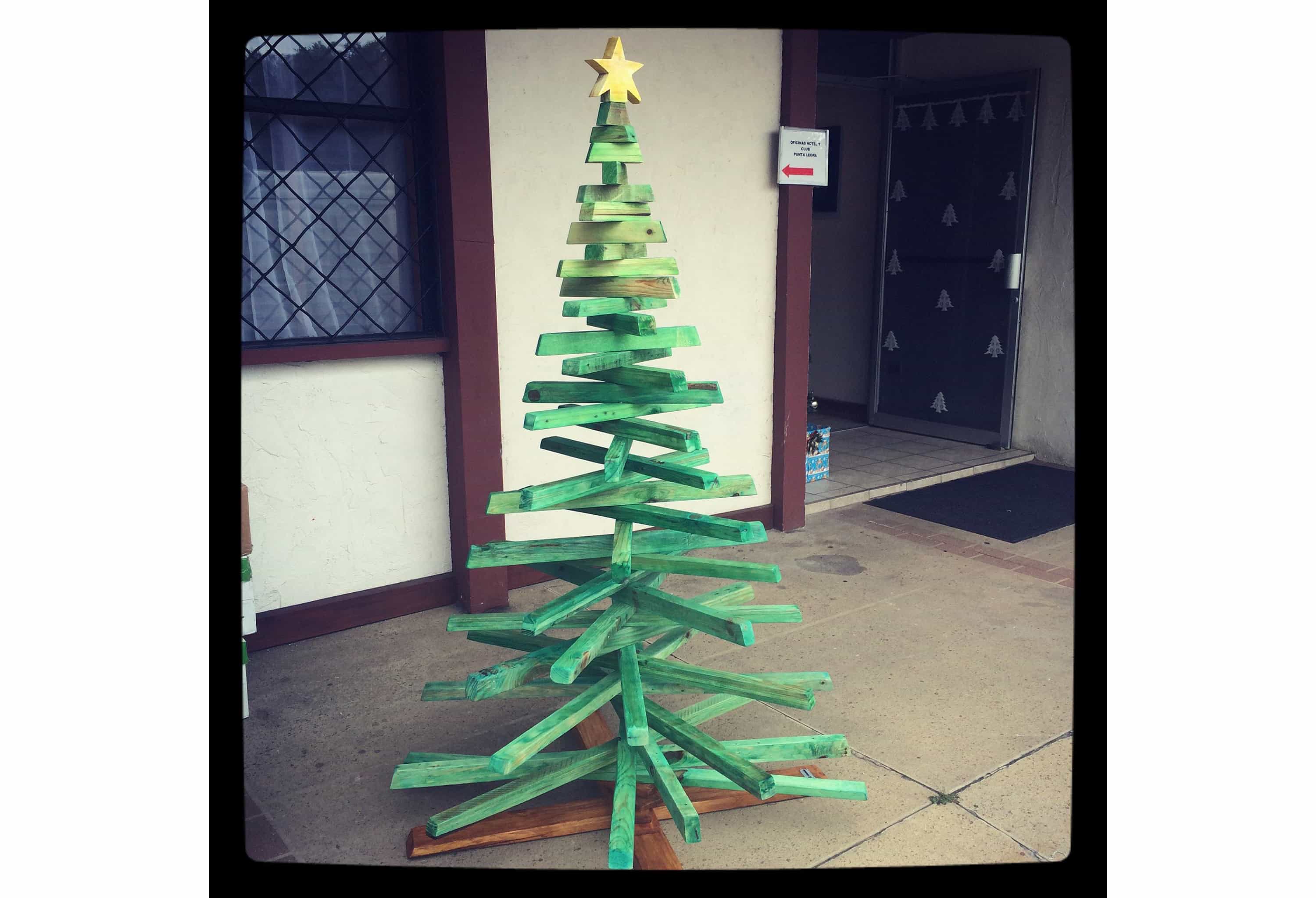 In Costa Rica, the Christmas season always brings tamales, eggnog, presents and lights. It also means enormous amounts of waste, as it does around the world. Leftover food and discarded wrapping paper all makes it way into the trash, but one of the biggest holiday eco-threats comes not from holiday excess, but rather the traditional Christmas tree.“There is nothing strictly wrong with having a Christmas tree,” said Jorge Polimeni, head of the Costa Rican conservation organization Costa Rica Neutral, “but the number of trees bought each year generates a pretty significant impact on the planet.”

According to Protti, acres of land throughout the mountainous provinces of San José and Heredia are cordoned off all year long to fill the sudden demand for pine trees come December. Worldwide, studies have linked Christmas tree farms to stream pollution, soil contamination and a reduction in the amount of arable land available for agriculture, all to produce a product that is only used for a few weeks.

Despite these issues, Christmas tree farms generate a much smaller impact than other forms of agriculture, and buying a real tree has been proven to have a much smaller ecological footprint than purchasing a fake plastic one produced in a factory. The real problem with a natural tree is not in its production, but its disposal. Stuck in a landfill, the carbon footprint of a standard-sized tree is about 16 kg. Burning or composting a tree generates less carbon, but still makes an impact.

So, how can you still celebrate this Christmas tradition without generating an impact?

Polimeni recommends using a potted tree as a Christmas tree, keeping it alive for years to be re-used. For those without the green thumb required to keep a tree alive, a business in Cartago, East of the capital, has come up with another solution.

“It worries us all the time that Christmas comes and everyone buys a pine tree and then everyone throws it away,” said Maria Alexandra Sanchéz, owner of Re-inventando Muebles in Cartago, east of the capital. “We wanted to do something ecological and use it over and over.”

Traditional plastic trees sometimes use harmful chemicals, and the factory processes used to create them often consume large amounts of electricity. To avoid these problems, Sánchez has created a line of trees using only reclaimed and recycled wood. She and her daughter scour roadsides and abandoned houses or buy used pallets from companies planning to burn them.

“This is just our little contribution to this bigger problem,” she said. “It’s just a little grain of sand in a whole beach, but we hope it can help the planet.”