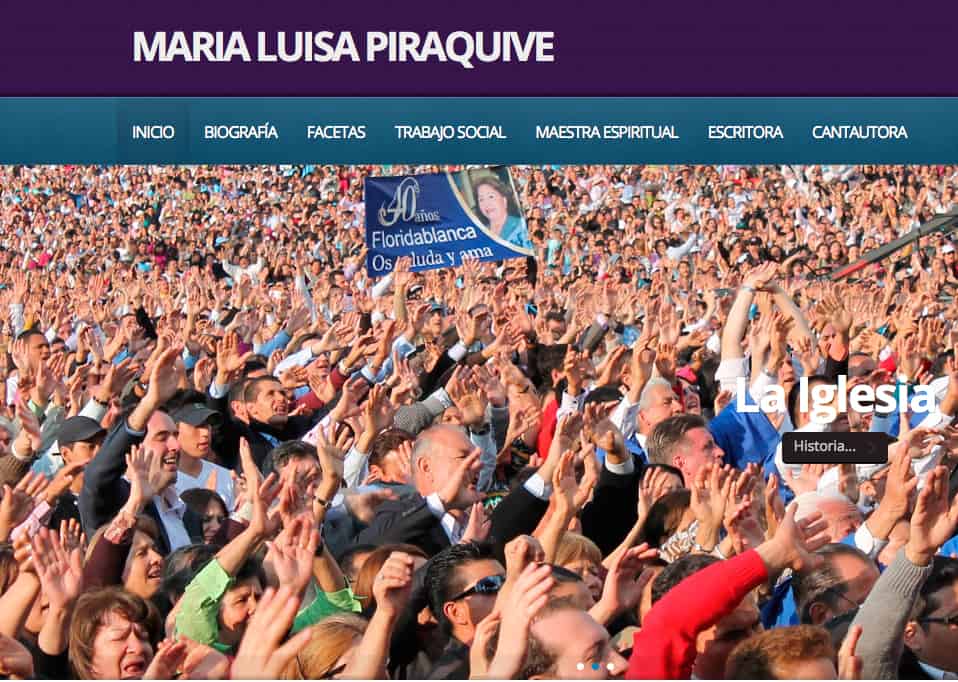 Colombian mega-church leader María Luisa Piraquive's bio describes her as "not only a writer, teacher, and prophet of God Almighty, [but also] the mother of 5 children and grandmother of 9. She was always devoted to the home and her children," it says. ((Screenshot of María Luisa Piraquive website) )

The head of an international “neo-Pentecostal” church, with six branches in Costa Rica, has been accused of money laundering and possibly murder, according to multiple Latin American news outlets.

Colombian native María Luisa Piraquive, with a total of 805 churches in 42 countries including the United States, Costa Rica and Nicaragua, has been accused of using the church to launder money for drug cartels in Colombia and Argentina, according to Colombian and Argentine media reports.

Additionally, her son, Iván Dario Moreno Piraquive, has alleged that the 2006 death of his father, Luis Eduardo Moreno Moreno – María Luisa Piraquive’s late husband – was suspicious, which he first revealed in an interview with Colombian radio station La F.m. in January.

Piraquive and her late husband are part of a highly connected religious and political family in Colombia. Moreno and Piraquive started the Iglesia de Dios Ministerial de Jesucristo Internacional (in English, the Church of God Ministry of Jesus Christ International) in Bogotá in 1972. 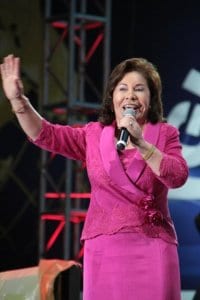 Money laundering allegations first broke in Colombia in January, as that country’s Chief Public Prosecutor’s Office judged the enormous properties, high salaries and various other holdings to be inconsistent with her organizations’ claimed income, according to Colombian media. The properties include homes and businesses in the U.S. state of Florida.

I do not know these businesses [in Florida] because they are not part of the structure of the church. … We do not deny the fact that she [María Luisa Piraquive] could live comfortably, and it should be understood that the church has existed for 40 years.

Church members claim the allegations are part of a global smear campaign started by political rivals to discredit MIRA.

But in January, one of the church’s pastors was arrested for alleged drug trafficking in Argentina, according to Argentine newspaper Clarín. Pastor David Andrés Acevedo Muñoz, 30, was arrested with other Colombians as part of an alleged ring of drug traffickers who planned to use airplanes and helicopters and air-transport companies in Argentina, Colombia, and the U.S. to transport illicit drugs to Europe, according to Argentine newspaper La Nación.

María Luisa Piraquive tweets Bible passages, although she has fewer than 4,000 followers on Twitter:

In February, Colombian media reported that their country’s chief prosecutor’s office said the U.S. was investigating Piraquive and her associates. Radio station La F.m. in Colombia said that Acevedo’s alleged drug activities were linked to the Urabeños, a paramilitary group that is believed to be one of the largest drug trafficking organizations in Colombia.

Radio La F.m. and other local media later reported that the U.S. could move to freeze Piraquive’s real estate assets in that country as part of the investigation, and would open an investigation into the MIRA political party. The U.S. State Department and the Treasury Department had not yet responded to Tico Times’ requests to confirm the reports at press time. Broward County in Florida lists five properties owned by Piraquive, her church, or a member of her family, totaling approximately $3.5 million in value. In addition Fundamira is a nonprofit organization based in Weston Florida and registered with the U.S. Internal Revenue Service (IRS).

Piraquive has since been questioned at length in Colombia by investigators. She told them her church owned an estimated 200 to 300 properties in multiple countries, but that she had no control over the religious empire’s finances or assets.

Some of those properties are located in Costa Rica. But a spokeswoman for the Costa Rican Prosecutor’s Office said there are no open investigations of Piraquive or her church in the country.

The two corporations registered in Costa Rica are the Asociación Iglesia de Dios Ministerial de Jesucristo Internacional and Asociación MIRA, amigos Costa Rica. Most of the companies’ members are Colombian nationals, although three Costa Ricans appear in the registry listings, including one who appears as vice president of both companies. 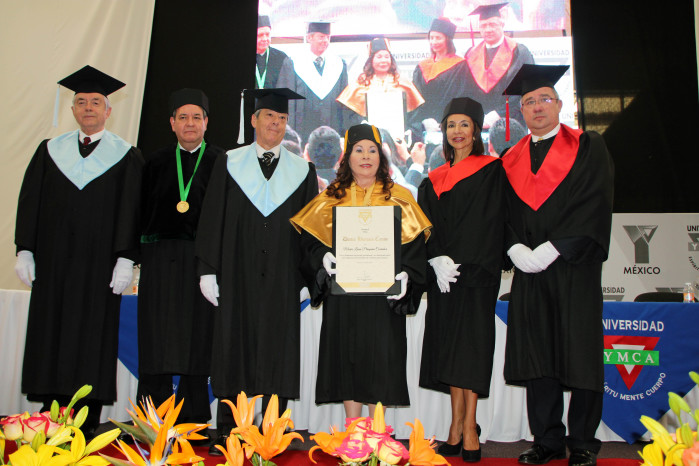 Also in January, Piraquive’s son made public allegations that sound like the plot of a telenovela. Estranged from the family for being gay, Iván Dario Moreno Piraquive told Radio La F.m. that he had filed a criminal complaint against his mother in 2006 with Colombian prosecutors over what he called the suspicious death of his father. The father reportedly died of a heart attack in 1996, but allegedly was buried without an autopsy having been conducted, at María Luisa Piraquive’s request.

As a son and witness to the event, I can say that my father was not suffering from any coronary illness, but I don’t understood why there was no autopsy to establish the cause of his death.

Moreno said his mother claimed “the Holy Spirit” would resuscitate his dead father, and an autopsy would prevent the religious ascension from occurring. Moreno then accused his mother of asking a family friend to sign the death certificate and attribute the death to coronary illness. The complaint asks the state to exhume the corpse and perform an autopsy.

In the same complaint, Moreno demanded a DNA test of his father. Moreno believes his brother, Carlos Eduardo Moreno Piraquive, is not actually his brother, but rather his nephew, born in Panama to his sister, Alexandra Moreno Piraquive, the sitting senator from the MIRA party. The allegations are widely reported in Colombian media.

María Luisa Piraquive’s Facebook profile is filled with photos of charitable works. It does not contain any photos of fancy houses, boats or cars:

Piraquive also was investigated for allegedly violating anti-discrimination laws when accusations surfaced that she ordered church pastors to forbid physically disabled church members from approaching the pulpit. An investigation later concluded there was insufficient evidence for these charges, according to radio La F.m.