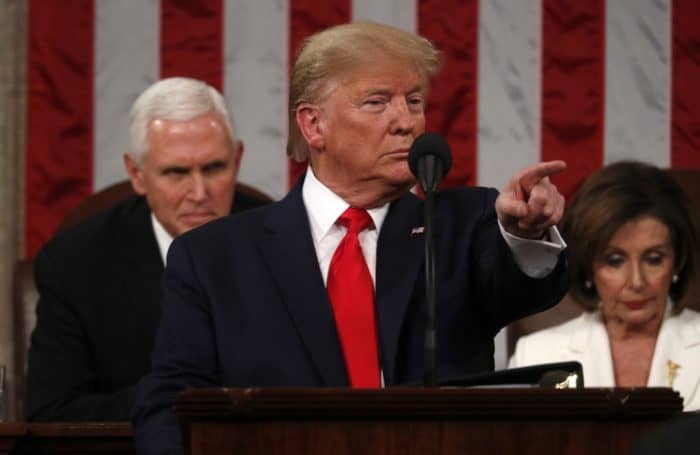 Inviting rival to State of the Union, Trump vows to ‘smash’ Venezuela’s Maduro

US eyes sanctions over growing Russian support for Venezuela

Here’s what you should know about the crisis in Venezuela 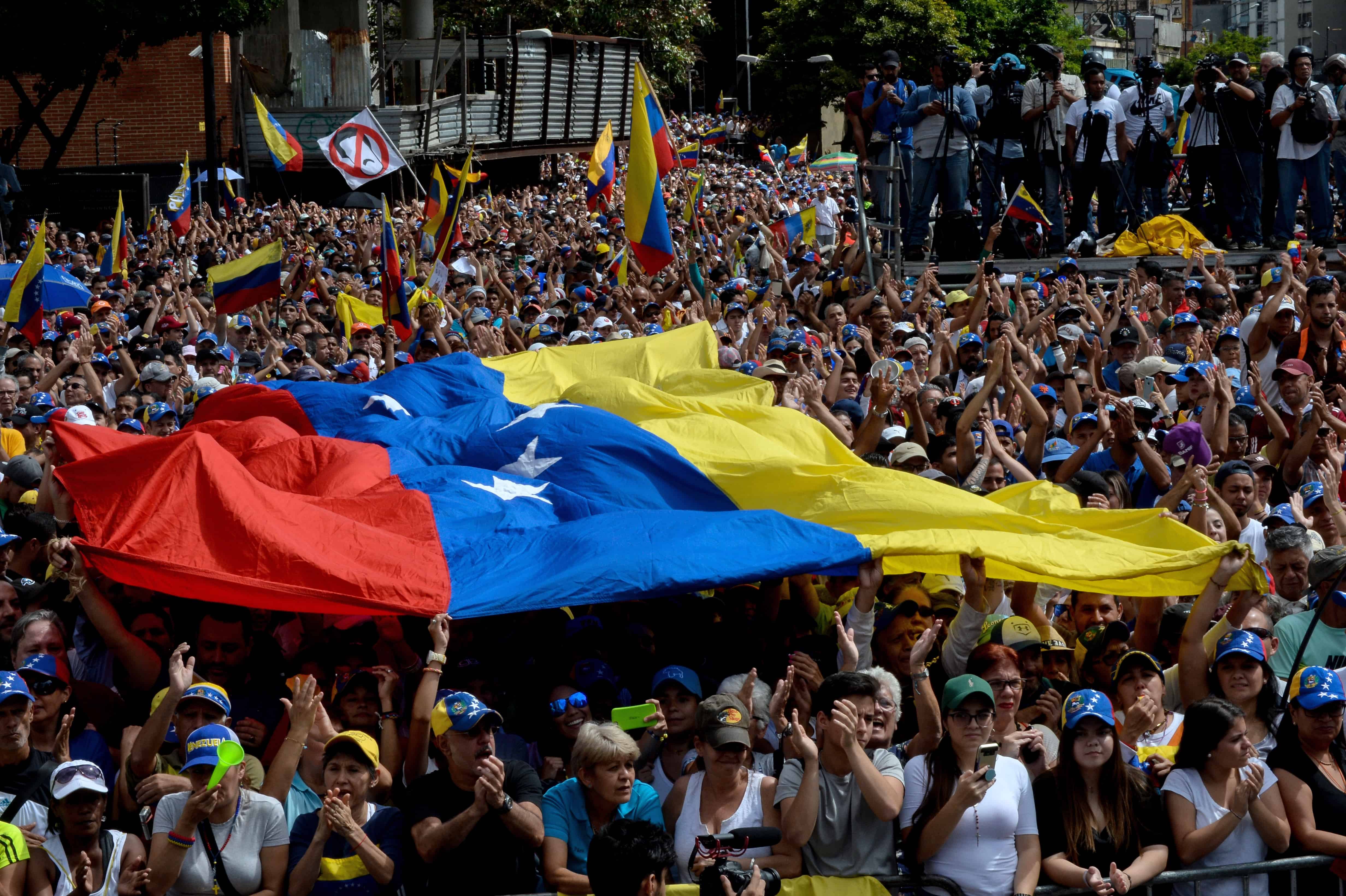 People listen to Venezuela's National Assembly head Juan Guaido (out of frame) during a mass opposition rally against leader Nicolas Maduro in which he declared himself the country's "acting president." (Photo by Federico PARRA / AFP)

Tens of thousands of people protested in Caracas, Venezuela on Wednesday to oppose the regime of Nicolás Maduro, the politician who was sworn in for a second presidential term this month after elections many in the international community have called “illegitimate.”

Guaidó is the leader of the National Assembly and has declared himself acting president of Venezuela.

Maduro expelled U.S. diplomats from Venezuela, but the U.S. Department of State said it will ignore the order of “former president Maduro,” because it does not consider him “to have the legal authority to break diplomatic relations with the United States or to declare our diplomats persona non grata.”

The Tico Times breaks down the developing situation:

This week’s protests stemmed from Maduro’s inauguration for a second term as president, which large parts of the international community (including Costa Rica, as a member of the Lima Group) have said was a product of an illegitimate election.

The National Assembly had called an opposition rally against Maduro to mark the anniversary of the 1958 fall of the military dictatorship of Marcos Perez Jimenez.

Prior to Maduro’s swearing-in, the Lima Group had voiced its support for the National Assembly as “a constitutionally elected body.” The head of that group, Juan Guaidó, declared himself acting president of Venezuela this week.

According to AFP, humanitarian groups say at least 16 people have died during this week’s protests, which have included clashes between pro-Maduro and pro-Guaidó groups.

What does the United States’ decision mean?

The citizens of Venezuela have suffered for too long at the hands of the illegitimate Maduro regime. Today, I have officially recognized the President of the Venezuelan National Assembly, Juan Guaido, as the Interim President of Venezuela. https://t.co/WItWPiG9jK

Trump said he “will use the full weight of the United States economic and diplomatic power to press for the restoration of Venezuelan democracy.”

“We continue to hold the illegitimate Maduro regime directly responsible for any threats it may pose to the safety of the Venezuelan people,” his statement reads.

The situation continues to unfold rapidly. As of Thursday morning, the United States has announced it will ignore orders from Maduro expelling U.S. diplomats from Venezuela.

U.S. Secretary of State Mike Pompeo warned Maduro against the use of force on mass demonstrations and urged further international support for Guaidó.

While the statement came hours after the United States’, Costa Rica has for months voiced its concern over Venezuela’s election process. As part of the Lima Group, Costa Rica joined a dozen nations in calling for an “independent audit” of the presidential elections, and more recently in issuing a “forceful political message” that it would not recognize Maduro’s new presidential term.

What has reaction been in Costa Rica?

Costa Rica’s Foreign Ministry released a statement saying “Costa Rica expresses its support for the interim government, which has a mandate to restore constitutional order and attend to its obligations in the framework of international law and, in particular, the human rights of all Venezuelans.”

The Foreign Ministry also said that as a nation of peace, Costa Rica reiterates that the solution to the crisis should come through dialogue and peaceful means.

Pope Francis, on a visit to nearby Panama, backs “all efforts” that help save the Venezuelan population from further suffering, the Vatican said on Thursday.

“In Panama, the Holy Father has been informed of the news coming from Venezuela and is closely following the situation as it evolves,” spokesperson Alessandro Gisotti said.

“He is praying for the victims and for all the people of Venezuela.”

Russia called Guaidó’s declaration of leadership an “attempted usurpation of power” and a breach of international law. China “opposes interference in Venezuelan affairs by external forces,” according to a spokesperson for its foreign ministry.

Why does this matter to Costa Rica?

The United Nations estimates that more than three million Venezuelans have fled the country in recent years, due not only to its political instability but also “hunger, lack of access to medical care, insecurity, threats [and] fear.”

Costa Rica has committed to creating a method by which Venezuelan immigrants can legalize their status in the country, even if they came without proper international travel documents.