Watch: All the goals Costa Rica has scored this year

Costa Rica and Panama meet in friendly defined by pandemic 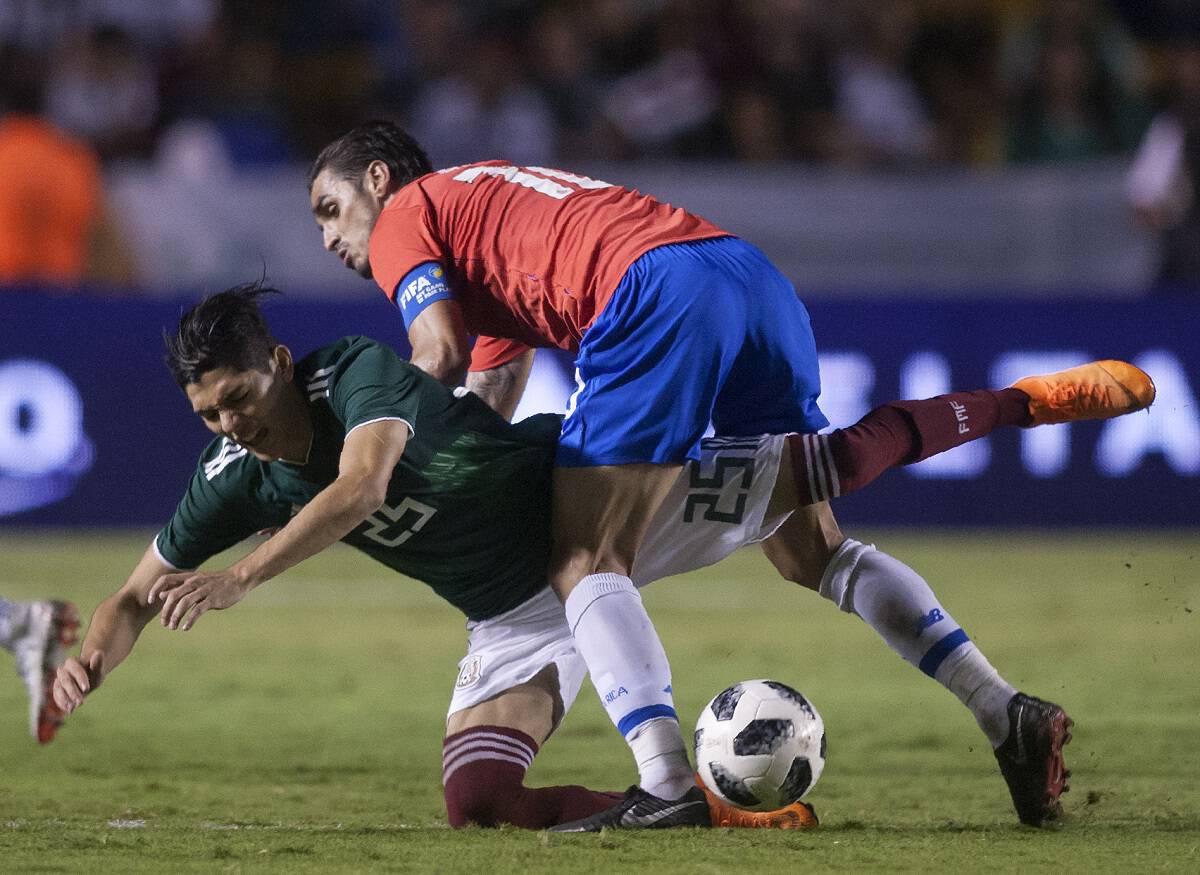 Mexico's Gerardo Arteaga (L) vies for the ball with Costa Rica's Johan Venegas during an international friendly at the Universitario Stadium in Monterrey, Mexico on Oct. 11, 2018. (Photo by Julio Cesar AGUILAR / AFP)

After a hopeful start in the 29th minute when Joel Campbell put the Costa Rican Men’s National Team ahead against Mexico, Costa Rica ultimately fell 3-2 to their perennial rival at the Universitario de Nuevo León Stadium Thursday night.

La Sele came out strong in the first 15 minutes against an unusual Mexican lineup including only one of the players Mexico took to the 2018 World Cup (defender Edson Álvarez) and none of their stars playing in Europe. Costa Rica had multiple shots on goal leading up to Campbell’s goal following a defensive error by Mexico.

Guzmán’s goal to open scoring for Mexico and tie the game at 1-1 was a spectacular volley past Costa Rican star goalkeeper Keylor Navas.