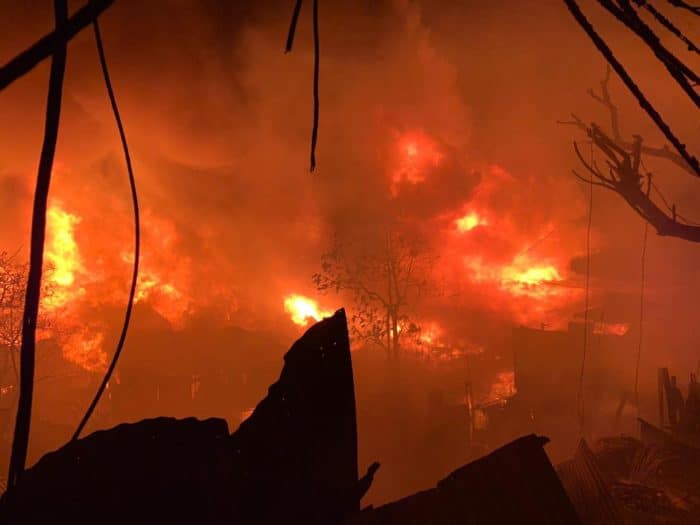 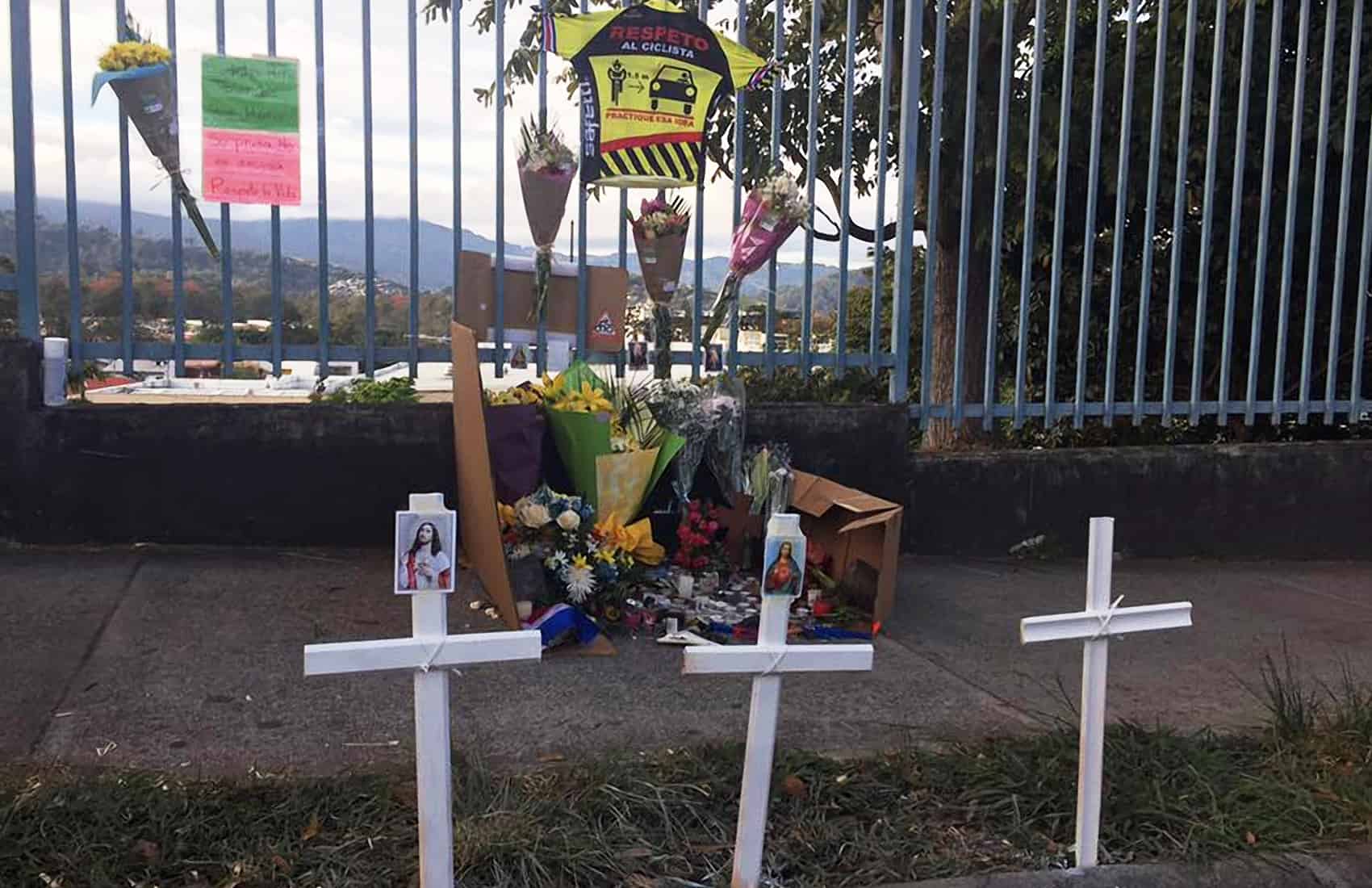 Cyclists, friends and relatives laid flowers and lit candles on the spot where three cyclists died on Jan. 29. ((Via ACONVIVIR))

The deaths of three cyclists struck by a hit-and-run driver on Sunday prompted urban biking groups to organize a public demonstration to demand tougher laws and more protection on city streets.

The citizen group ACONVIVIR, organizer of the demonstration, is calling on cyclists and the general public to gather in front of the Legislative Assembly in downtown San José at noon on Thursday. The group is asking demonstrators to wear white shirts and bring banners with messages of support.

ACONVIVIR Executive Director Ramón Pendones told The Tico Times that protesters will present lawmakers with a petition list asking for legislation to improve roadway protections for cyclists and pedestrians, and fight impunity for offenders.

Demonstrators will remain at the Assembly for some two hours. Then they will march to the Public Works and Transport Ministry where the group will also deliver the petition to Minister Carlos Villata.

Among others, the ten-point list asks for the unification of various draft bills currently under discussion at the Assembly, that seek improved infrastructure and conditions for pedestrians and cyclists. It also asks for increased surveillance by Traffic Police, more and better public transportation options, and stricter requirements for granting a driver’s licence.

The group will also ask for legal and medical assistance for victims; improved road safety education for students at all levels, from kindergarten to college; faster traffic-court trials; and changes to the country’s Transit Law to remove the prohibition on cyclist access to certain highways.

“There are several regions where a highway is the only road connecting two towns or cities and many people there own only a bycicle. We believe such prohibition should be removed from the law,” Pendones said.

The cyclists’ deaths occurred at 4:11 a.m. on Sunday when a speeding driver ran over a group of four cyclists on the road that connects eastern San José to the town of Tres Ríos. The driver fled the scene.

Three of the cyclists died on the scene. The fourth, a 38-year-old woman, is currently in serious condition at the intensive care unit of Calderón Guardia Hospital in San José.

The victims were men of 54, 49 and 46 years of age. They all were riding together, but emergency staff found the bodies on the road about ten meters (33 feet) apart. Their bicycles, helmets and other belongings were dispersed along some 75 meters (250 ft) of the road, the Traffic Police reported.

Police found the vehicle, a 2015 Ford Mustang, at around noon Sunday at an apartment just 500 meters from the site of the accident. Officials reported that an anonymous call alerted them that “a vehicle that looked like it has been in an accident” was parked at that location.

Judicial Investigation Police (OIJ) experts estimated that the car was traveling at more than 100 kilometers (62 miles) per hour, and confirmed that there were no skid marks on the road.

The suspected driver, a man by the last name of Mora Monge, 32, turned himself to police 10 hours after the accident.

A San José Criminal Court on Monday evening freed the suspect, ordering basic restrictions: Mora cannot leave the country, he has been required to sign in with the court every two weeks, and he is not allowed to drive any vehicle. The court seized the man’s passport and his driver’s license.

The court’s decision sparked severe criticism of both the judge and the judicial system, with many social media users questioning the decision not to apply preventive prison.

“The population can be sure that we’re strictly following legal procedures. We will do our best to solve this case as soon as possible, and we will be supervising compliance with the restrictions,” the prosecutor said.

He explained that the judge’s decision took into account the fact that the suspect has a steady job, a residence and stable family relationships.

Accidentes de Costa Rica also posted a video that shows the moment before the accident when the suspect’s car passes just a few seconds after the cyclists.