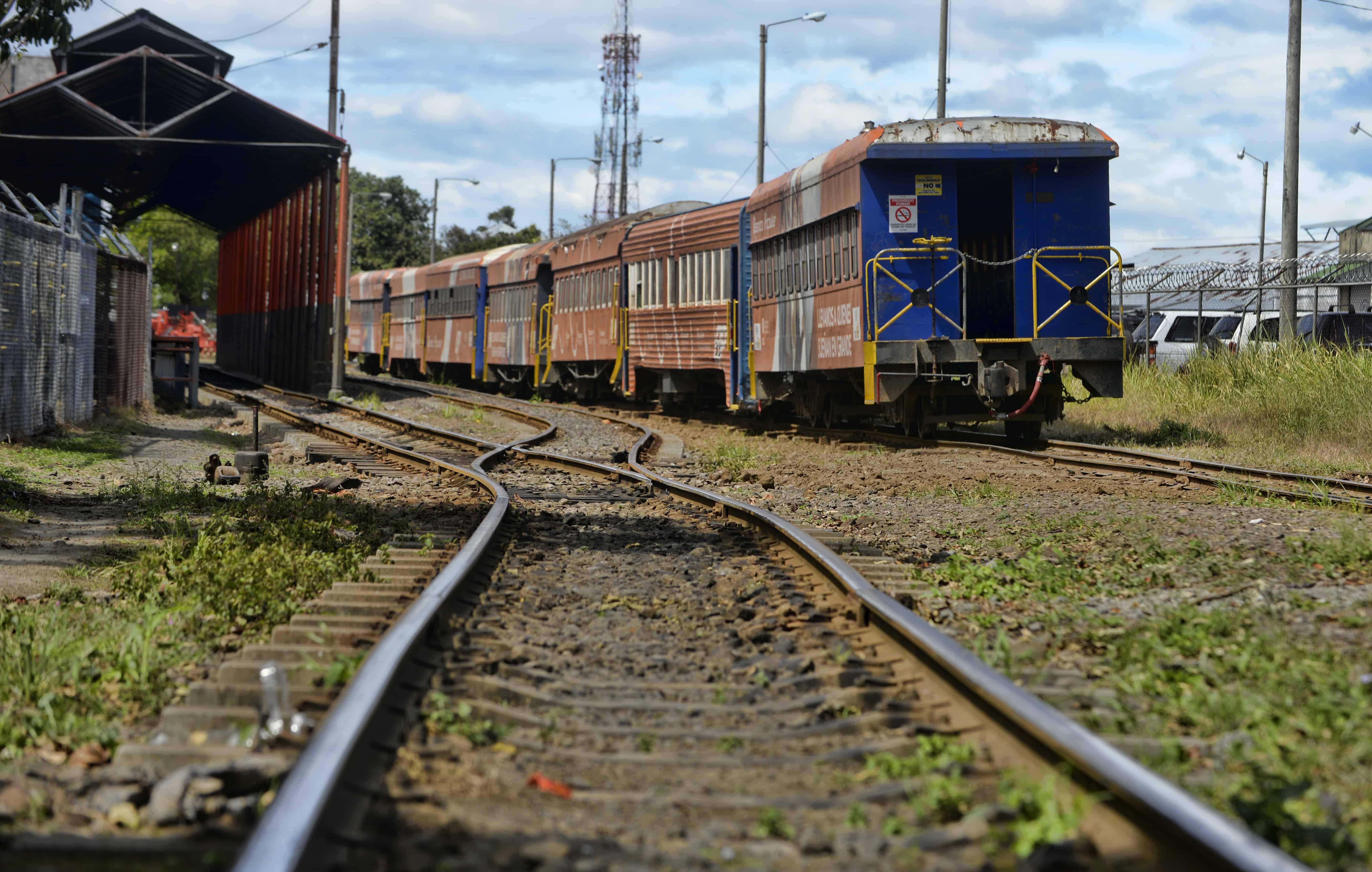 In 2013, then-Environment Minister René Castro called transportation the “Achilles’ heel” of Costa Rica’s carbon-neutrality ambitions. In the last two years little has changed. Vehicles are still responsible for more than half the country’s carbon emissions, and every government attempt to curb this pollution has failed.

While there are still a few programs designed to encourage people to switch to more efficient vehicles, the current government’s plan to reduce vehicle emissions hinges on the creation of a rapid transit system to serve the Greater Metropolitan Area (GAM, for its initials in Spanish). With the COP21 climate talks in Paris now underway, rumors of this hypothetical project are getting thrown around quite a bit. Here is everything we know about plans for an energy-efficient GAM transportation system. A government map of the proposed electric rail system. (Courtesy of Gobierno.cr)

1. Electric train to run from Cartago to Orotina

The long-term goal for Costa Rica’s rapid transit system is to have an electric train that runs from the city of Cartago, east of San José, to Orotina, 25 km from the Pacific Coast. Orotina is the site of a planned future mega-airport that developers hope will complement Alajuela’s Juan Santamaría International Airport, outside San José, by 2025. From Cartago the train would pass through San José, where passengers would also be able to connect to Orotina or catch trains to Heredia, Santa Ana, Alajuela or San Ramón.

President Luis Guillermo Solís hopes to have the new rail system from San José to Paraíso, Cartago, completed by May 2018 when he leaves office. The first phase, to be completed by May of next year, would update the current rail lines between San José and Alajuela in order to accommodate the new electric train.

3. Past governments have tried and failed to begin an electric train project

In 2011, Broad Front Party lawmaker – and later presidential candidate – José Maria Villalta introduced the first draft of a bill that would give additional funding to the Costa Rican Railroad Institute, or INCOFER, and promote the creation of a rapid transit system. President Solís has put the bill’s current draft on the legislative agenda. Lawmakers will now have until April to discuss the bill and vote on it. According to officials at INCOFER, the bill’s passage is a crucial step to ensuring that the train is built, but lawmakers already rejected a similar bill in October, and the new INCOFER bill has strong opposition in the Legislative Assembly. Last Thursday, lawmakers questioned INCOFER President Guillermo Santana about recent spending decisions. Since October 2014, Santana has taken seven international trips to visit public transit systems and explore funding options. The trips racked up more than $20,000 in travel expenses. Santana also allocated $300,000 to hire a transportation consultant from the United States.

The first three phases of construction will cost an estimated $1.4 billion. If lawmakers do not bump up INCOFER’s budget, the government will need to find other funding options. What we don’t know

1. Any details about the train at all

The government wants to build a train. It wants that train to run on electricity. So far that is all the public (and likely the government itself) knows about the project. The government is awaiting conclusions from technical studies before deciding on a final plan. 2. If a train is the best option

INCOFER is the only government entity in Costa Rica that has both the power to control public transportation and build infrastructure. Though the country’s Transport Ministry (MOPT) also has these abilities, they are separated into different councils with separate budgets. This bureaucratic organization makes it impossible for the government to consider any type of public transit system other than a train without reorganizing itself.

Though the administration has already declared its support for a train, public transport experts say it may not be the best option.

“The idea for a train is not based on demand or a technical study,” said Teo Mezger, founder of the transportation activism group Movete por tu ciudad. “You don’t have to be very smart to know that a train is only efficient when it goes long distances.”
Instead of a train, Mezger’s group has proposed a less-expensive rapid bus line that would run on separate lanes from the rest of traffic.

3. Where the funding will come from

Even if lawmakers expand INCOFER’s budget, a transportation overhaul will still require outside funding. According to officials at the Environment Ministry the government is considering foreign aid or the Green Climate Fund for possible funding options.