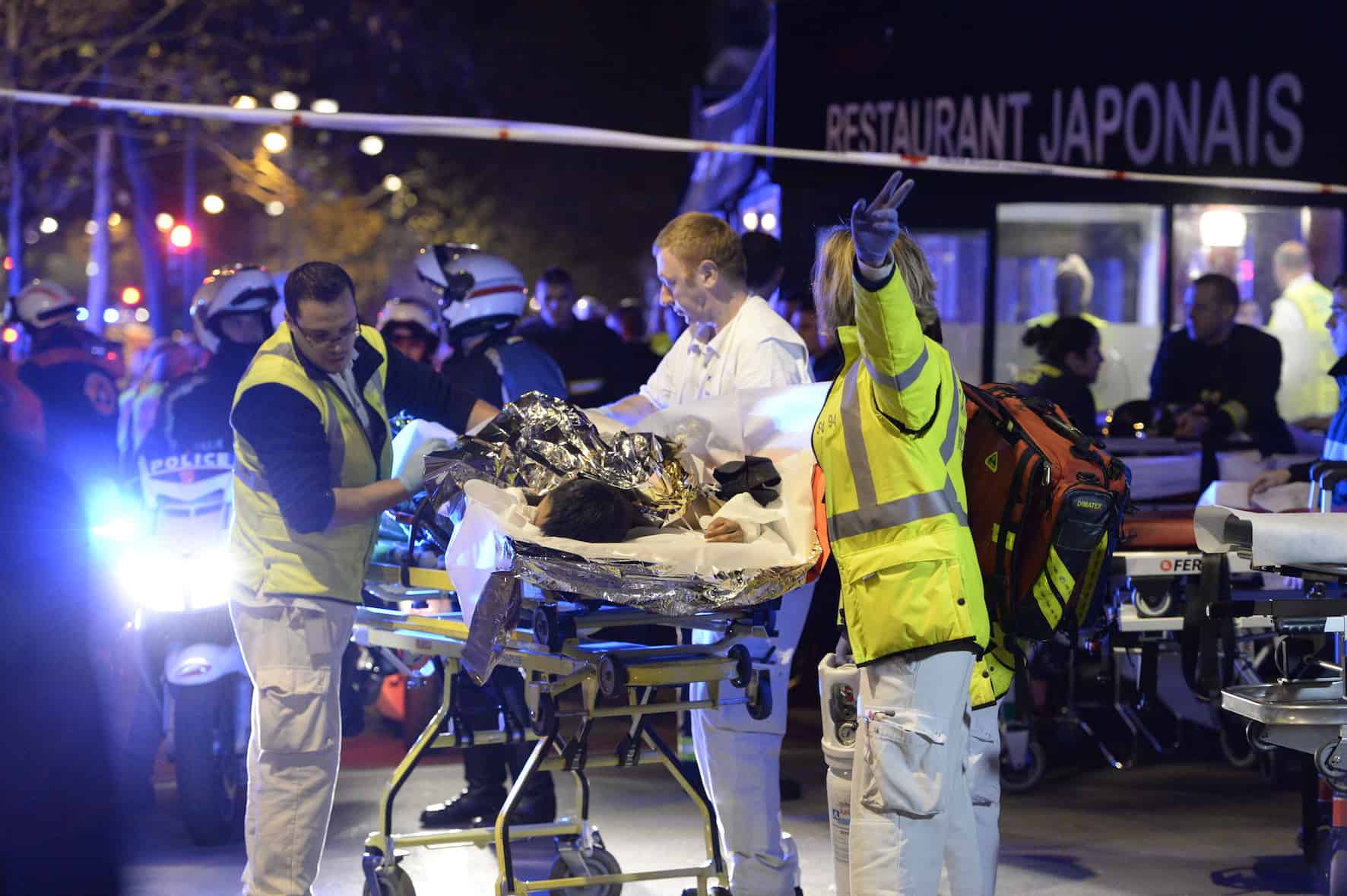 Rescuers evacuate an injured person near the Bataclan concert hall in central Paris, early on Nov. 14, 2015. At least 120 people were killed in a series of terror attacks in Paris on Nov. 13 according to a provisional total, a source close to the investigation said. (Miguel Medina/AFP)

PARIS, France — At least 120 people were killed in a wave of attacks across Paris on Friday, and more than 200 were injured, including 80 seriously, a source close to the investigation said.

The Costa Rican consulate in France reported on Facebook that it knew of no Ticos who were directly affected by the attacks.

The Costa Rican government condemned the attacks. In a statement, the presidency said France and Costa Rica “are united by a historic friendship rooted in the universal defense of human rights, based on the principles of liberty, equality and fraternity, a friendship that becomes even stronger in these moments of suffering and angst.”

The attacks took place at a concert hall and several bars and restaurants in eastern Paris, as well as the Stade de France national stadium north of the city center.

More than a hundred people were gunned down at the Bataclan theater in Paris late Friday during a concert by the U.S. band Eagles of Death Metal.

The 1,500 capacity venue, which was sold out, is one of the biggest in Paris but a Friday night out for hundreds of young rock fans was suddenly turned into “a bloodbath,” for a full 10 minutes, witness Julien Pearce, a reporter for France‘s Europe 1 radio station, told CNN.

Its genteel origins couldn’t be further from that image.

The concert hall, built in 1864 in the chinoiserie style, is aptly named after Ba-ta-clan — a “Chinoiserie musical” by German-born French composer Jacques Offenbach. However its original pagoda roof no longer exists.

Situated in eastern Paris it is near the spot where a policeman was killed during the deadly jihadist attacks centred on the satirical Charlie Hebdo magazine in January.

Since it was reopened after restoration work in the 1970s, the Bataclan has become one of the favorite nightspots for Parisians with an eclectic programme of rock and pop concerts, stand-up comedy, discos and cafe-theatre events.

Among those who have graced its stage over the years are Lou Reed, Prince and Oasis.

The building, with its large hall and balcony, is classified as a historic monument.

Friday night’s events ensure that the name Bataclan will now be remembered internationally for tragedy rather than music.