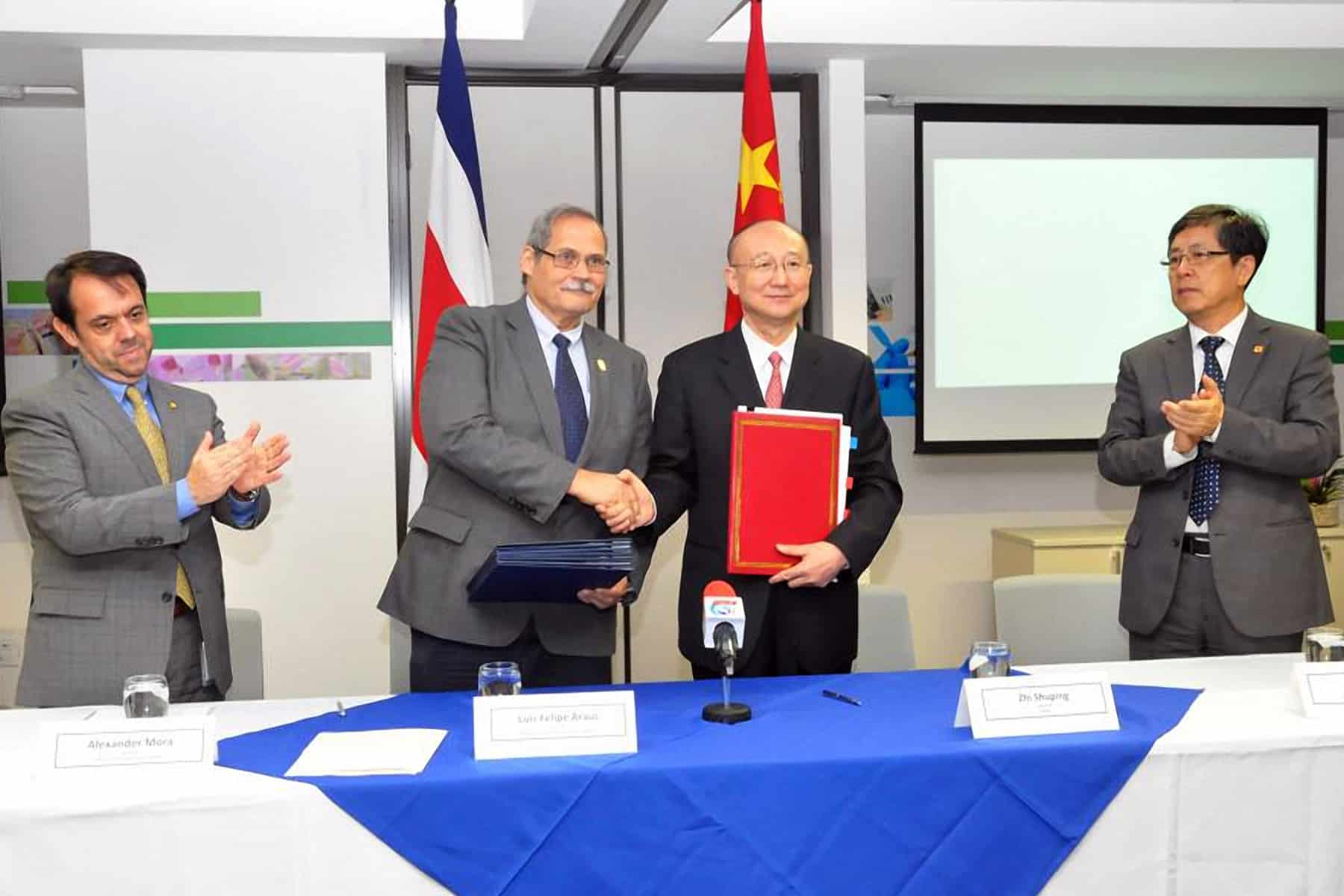 Government officials from Costa Rica and China signed the required sanitary protocols Tuesday for allowing the entry of Costa Rican pineapples, tuna and crayfish into the Asian market.

Officials’ signatures were the only pending requirement for the inclusion of these products within the provisions of a free trade agreement between both countries, in force since August 2011.

The signing took place during a visit to San José by Zhi Shuping, one of China’s top trade officials.

Mora said the approval of these protocols was a major achievement and big step to ensure access of more Costa Rican products to the world’s biggest market.

The Costa Rican ministers also took the opportunity to conclude negotiations for the export of crayfish to China and proposed the export of other products including chicken, pork, dried pineapple, mellon, frozen vegetables and fruit, shrimp and other seafood.

China is currently one of Costa Rica’s biggest trading partners. Exports to China grew by an annual average of 7.6 percent between 2004 to 2014. Last year exports reached a total of $338.3 million, according to the Foreign Trade Ministry.