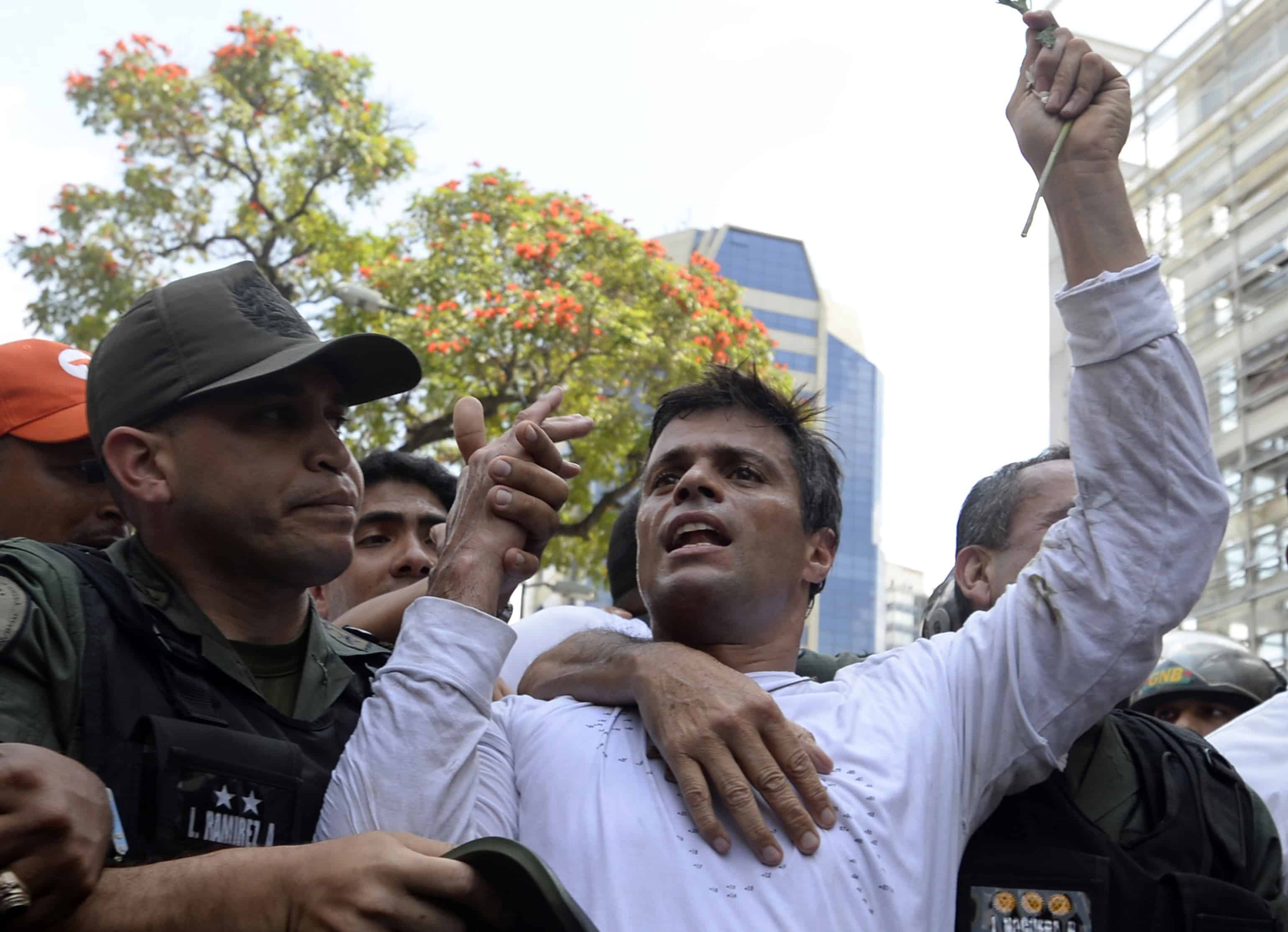 Leopoldo López, right, an ardent opponent of Venezuela's socialist government, is escorted by the National Guard after turning himself in during a demonstration in Caracas on Feb. 18, 2014. ( Juan Barreto/AFP)

The popular dissident, a U.S.-trained economist who has been held at a military prison since February 2014, is accused of inciting violence against the government of President Nicolás Maduro and attempting to force his ouster.

Marrero made the announcement on his Twitter account, noting that López will be held at the Ramo Verde military prison, the site where he is currently being held.

“If the sentence condemns me you will be more fearful to read it than I will be to hear it, because you know that I’m innocent,” López defiantly told the judge according to a witness, David Smolansky.

Smolansky, a Caracas neighborhood mayor, was at the closed-door hearing.

Fighting broke out earlier in the day between supporters of Leopoldo López, 44, and pro-government demonstrators outside the courthouse.

Wielding sticks and plastic bottles, supporters of socialist President Maduro’s government descended on a group of López’s followers who had been waiting since the early hours of the morning for the final phase of his trial, an AFP correspondent said.

López supporters said one of their activists had died of a heart attack during the scuffle — a claim that could not be independently verified.

The police and national guard later intervened to keep the two groups apart.