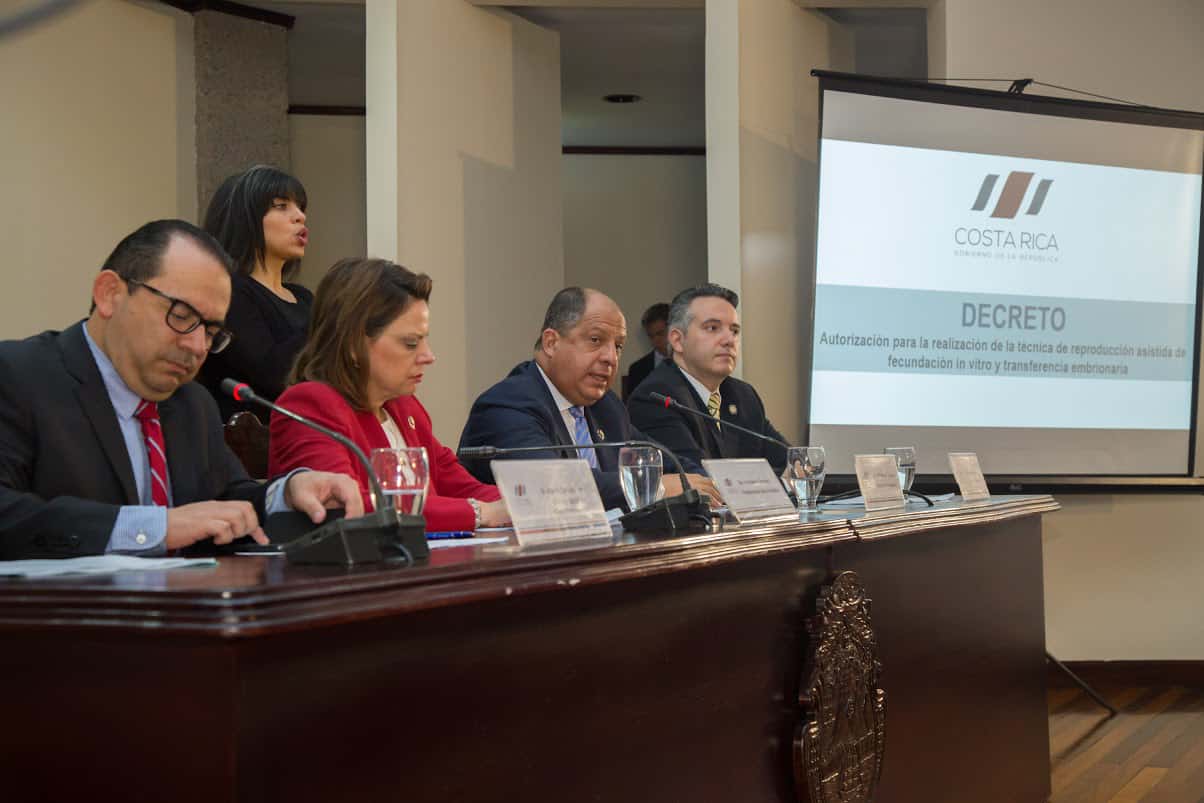 They have fought for 15 years for the right to access in vitro fertilization in their home country, and last Thursday was supposed to be a happier day. That day, President Luis Guillermo Solís announced that a draft decree that would finally legalize IVF in Costa Rica was ready, after a long and frustrating battle.

But instead, plaintiffs in a case against the Costa Rican government still had doubts about whether the presidential decree actually would move forward.

Some of the families in the case told The Tico Times they remain conflicted over what appeared to them as a half-measure from a country that has dragged its feet for years in complying with a ruling by the San José-based Inter-American Court of Human Rights.

President Solís’ decree, which aims to regulate the fertility treatment in Costa Rica, was presented to the human rights court later that same day. The Costa Rican Doctors and Surgeons Association and officials from the country’s public health care system – the Caja – have until Sept. 10 to review the proposal before the president signs it.

Ana Castillo, a plaintiff in the case, said she had hoped for more from the president: “I was hoping he would have signed the decree, not issue a consultation for another five days.”

Biachi said that after three years of inaction on the issue in the Legislative Assembly, it seems clear legislative approval of IVF is unlikely. She too was disappointed in the continued delay, even if it was for just another week.

That wait has cost many plaintiffs in the suit their chance to have children. One of the families’ lawyers, Huberth May, said most of the plaintiffs are now older than 50. Castillo was a month away from receiving her first IVF procedure when it was banned here. She said infertility was a factor that contributed to the end of her marriage.

Biachi and her husband, Germán Moreno, were the only couple among the plaintiffs to successfully have children. Biachi has 13-year-old twins, Ale and Cami, whom she was able to conceive thanks to IVF procedures in Colombia, where it is legal. Costa Rica is the only country in the Western Hemisphere to ban IVF.

Nevertheless, May said the families still support the decree and are hopeful the president will sign it soon. “We thought it would be less, honestly, something more limited,” he said.

The lawyer said his clients were pleased at the draft’s inclusive language, which does not discriminate against women based on marital status or sexual orientation. He also approved of the inclusion of financial provisions to cover the procedure by the Caja.

During a news conference Thursday, Solís denied a charge from critics that the draft was a smokescreen to appease justices of the Inter-American Court of Human Rights. He added that members of his administration are confident of the decree’s constitutionality.

But critics could be forgiven for their skepticism: Costa Rica has missed every deadline in the nearly three years since the rights court ruled in November 2012 that the ban violates rights to privacy, reproductive health, access to health services and to have a family.

May said it is unlikely lawmakers would secure enough votes to strike down the decree if it is signed into law. And any noncompliance with the ruling from other branches of the government, he said, would be reported to the international rights court. That court previously said Costa Rica risks sanctions if it fails to comply with the legalization order.

But Christian lawmakers, including Legislative Assembly President Rafael Ortiz of the Social Christian Unity Party, already have spoken out against the draft decree’s language. Several lawmakers told TV’s Channel 7 News on Friday they would file a constitutional complaint against the decree if it is signed.

Castillo said she hopes all three branches of the Costa Rican government will comply with the court’s ruling.

“We hope that finally, after 15 years, we can see the culmination of this process,” she said.