Patriotism abroad: loving one culture while embracing another 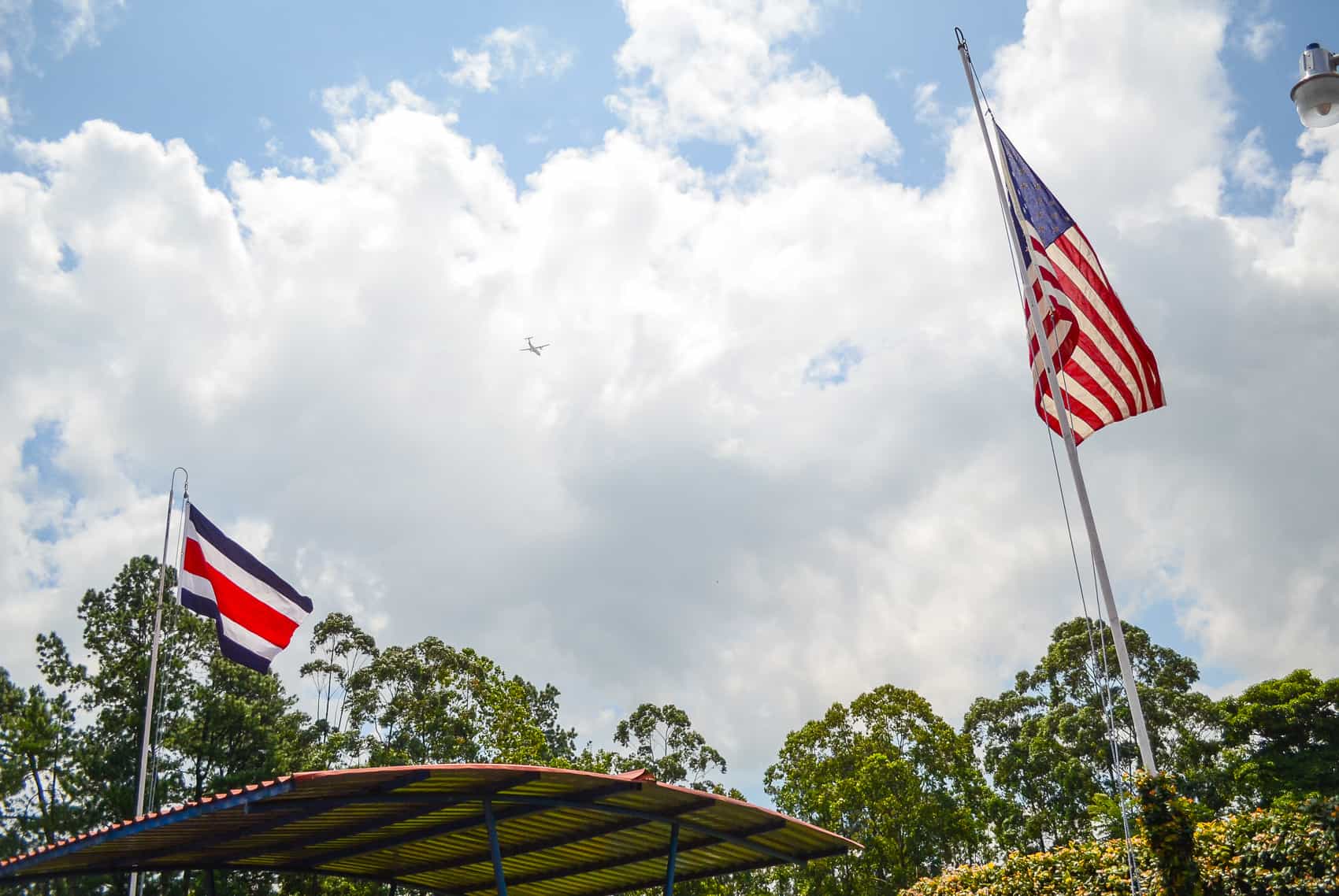 For anyone who grew up in Alajuela, April conjures up images of flag-filled parades, where the humming of the drums and the whistling of the flutes merge with the sound of a thousand shoes marching to the rhythm of grand anthems, all in commemoration of the 1856 Campaign and the burning of the House of Guerra by Juan Santamaría, the drummer boy whose purported heroic action helped repel the invasion of the filibuster army of William Walker.

The date is honored with ceremonies and speeches, as well as the occasional school reenactment in which blond kids get casted as filibusters, while anyone exhibiting higher levels of melanin is enlisted in Mora’s army, in a curious reversal of racial profiling. People pack the streets amid the suffocating heat of summer, and everyone joins in the traditions that aim to instill in the population a sense of civic engagement.

I have many memories of April 11, from my mom drawing my brother’s soldierly moustache with her eyeliner, to my sister enduring an excruciating ear infection while holding a flag in a daylong parade. I must even confess to having been a baton twirler at the age of 7, an art for which I displayed such an extraordinary lack of talent that I fear it derailed any prospects for a career in the entertainment industry.

Above all, I remember the feeling of April 11: the purity and candor of a child’s sentiment of national pride. Not unlike the way they sometimes take to religious fervor, children welcome the foundational mythologies of their country as part of the narrative that makes up their world. It feels natural for them to learn about the past and embrace it. They accept the characters and the twists of the plot as with any story. Of course, history is not a fabrication. Most of what we are taught in school about the glories of yore is true, albeit a bit exaggerated and simplified. Like any nation, Costa Rica enjoys a rich history, in which it is possible to find the roots of its current dynamics.

As I grew older, however, I began to feel a little uncomfortable with the rhetoric surrounding our fiestas patrias. I sensed there was a fundamental incongruity in our glorification of these battles and our professed adherence to pacifism. I also struggled with the practice of defining one’s identity through conflict with others: waging wars, seceding from empires and expelling invaders. I shrank from any mention of national exceptionalism, as I do from the notion that any country is superior to another.

Some of this is basic sociology: the tendency of individuals to define themselves as members of a group, in opposition to outsiders. We have a strong instinct – a survival instinct, in fact – to uphold social identities and communal worldviews. We derive certainty from the feeling of belonging to one particular culture. At the same time, we must admit that our nationality is essentially accidental: We happen to be born on one side of a border and not on the other, without any intervention on our part. No matter how connected we feel to one particular place or people, we must always remember that we could just as well feel connected to a different one.

Living abroad casts an interesting light on your sense of nationalism. People you used to regard as foreigners become your friends and neighbors. Social norms that you used to perceive as alien come to be part of your everyday life. Though it is not the case for everyone, most people develop a fondness for their host country and its culture. They begin to understand its nuances and, gradually, to merge into its social current.

While this process of assimilation takes place, you also learn to appreciate your own country in a subtler manner. You gain a different perspective of its flaws and virtues. You realize very few things are actually unique to your culture. You become more lenient in some of your criticisms and harsher in others. You discard the notion that there is such thing as “the best country in the world.”

This is not to say that people who live abroad have a better understanding of nationalism or that others are unable to gain a similar perception. I only mean to say that I feel abysmally distant from that 7-year-old baton twirler who sang about Juan Santamaría’s “vengeful torch” lighting up a roaring fire and “flying for the homeland, smiling, towards death.”

I am thankful for the hospitality the United States has shown me and for the opportunities it has afforded me. I have come to love this country, with its particular features and oddities. That feeling is combined with the conviction that I am still Tica through and through. I’ve noticed I have a tendency to overemphasize my nationality in casual conversation, perhaps in an attempt to remain true to myself. My U.S. friends – who I presume had little prior contact with Costa Rica – have become accustomed to unsolicited explanations on everything from our political system to the ingredients in Salsa Lizano.

While I continue to be moved by certain traditional symbolisms, by the sight of the Costa Rican flag waving in the air or the sound of our National Anthem being played in a foreign land, I have noticed a shift in the things that most inspire me. With apologies to my primary school teachers, I have very little attachment to the Battle of Rivas or to General Cañas. Rather, I am affected by the sight of children wearing the simple white and blue uniform, rushing towards school. I am moved by the image of cars honking their horns on Election Day, with flags of different political parties emerging from the windows. I feel inspired by nature and salsa dancing and soccer games at the beach. My nationalism is less and less defined in opposition to others and more as a celebration of what I love in my country, regardless of its exceptionality. Like the Little Prince in Saint-Exupery’s beautiful tale, I love my country as the rose in a distant planet: not because it is superior, or stronger, or better. I love it because it is mine. And that feeling is worth parading for.