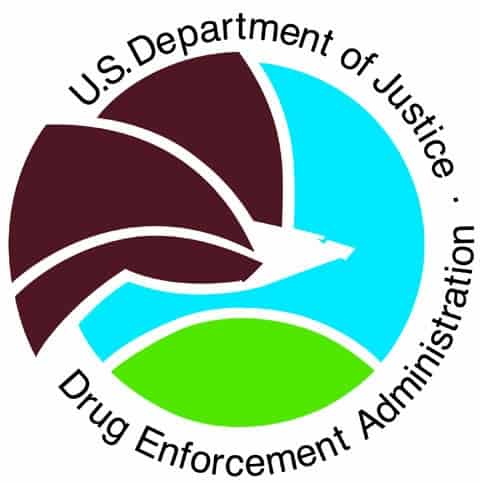 WASHINGTON D.C. — Drug Enforcement Administration (DEA) agents allegedly had “sex parties” with prostitutes hired by local drug cartels overseas over a period of several years, according to a report released Thursday by the Justice Department’s watchdog.

The report does not specify the country where the parties occurred, but a law enforcement official familiar with the matter identified it as Colombia.

Seven of the 10 DEA agents alleged to have participated in the gatherings — most of which took place at “quarters” leased by the U.S. government — admitted to having attended the parties, the report found. They received suspensions of two to 10 days.

“Although some of the DEA agents participating in these parties denied it, the information in the case file suggested they should have known the prostitutes in attendance were paid with cartel funds,” according to the 131-page report by Justice Department Inspector General Michael Horowitz.

The inspector general conducted its investigation in response to congressional inquiries after allegations arose about the conduct of Secret Service and Drug Enforcement Administration agents in the 2012 prostitution scandal in Cartagena, Colombia, during a trip there by President Barack Obama.

In April 2012, one Secret Service advance agent implicated in the prostitution scandal told investigators that he had met with a prostitute as a result of an informal party that DEA agents hosted with Colombian women, according to officials briefed on the inquiry.

The investigation focuses broadly on the handling of sexual harassment and misconduct allegations at U.S. law enforcement agencies — including the DEA, the FBI, the U.S. Marshals Service, and the Bureau of Alcohol, Tobacco, Firearms and Explosives. Horowitz said that the investigation was “significantly impacted and unnecessarily delayed” by repeated difficulties his office had in obtaining relevant information from both the FBI and the DEA.

“The Department of Justice takes the issues raised in the Inspector General report seriously and . . . is taking steps to implement policies and procedures to help prevent them from happening in the future,” said Justice Department spokesman Patrick Rodenbush.

He added: “The Department is already working with the law enforcement components to ensure a zero-tolerance policy on sexual harassment and misconduct is enforced and that incidents are properly reported. The department is also committed to ensuring the proper preservation and disclosure of electronic communications, including text messages and images.”

The inspector general report also concluded that the DEA, the FBI and the U.S. Marshals Service do not fully investigate allegations of sexual misconduct and harassment by their agents despite significant evidence that misconduct has occurred.

There were 26 allegations involving DEA agents soliciting prostitutes abroad between 2009 and 2012, the report said.

In one case, a DEA regional director, an acting assistant regional director and a group supervisor failed to report to their superiors repeated allegations of special agents paying prostitutes for sex and “frequenting a brothel while in an overseas posting,” treating the allegations as “local management issues.”

Horowitz said his office was unable to determine the number of times agents sent sexually explicit text messages and images because the Justice Department law enforcement agencies do not have adequate technology to enable them to detect that type of misconduct.