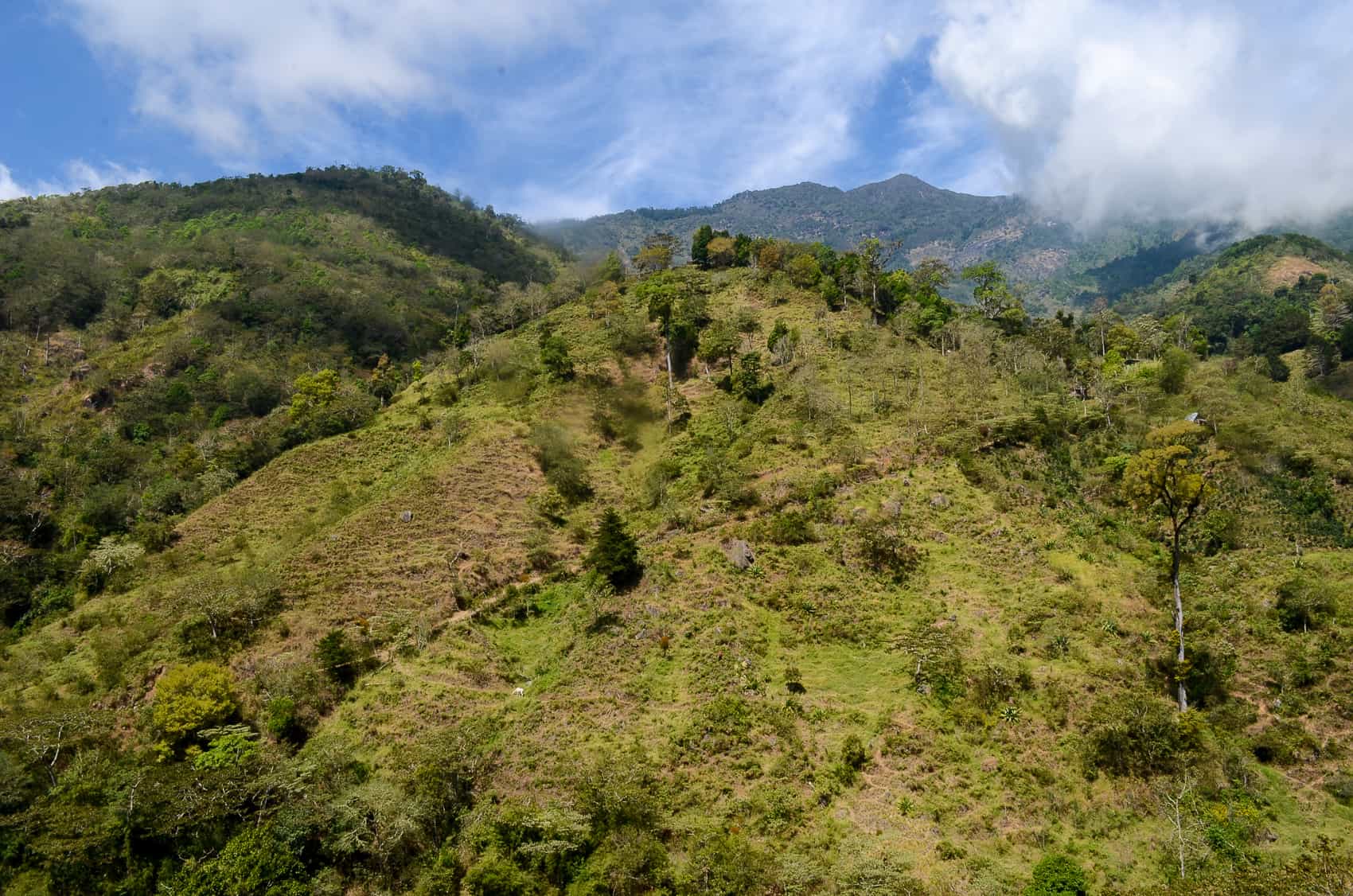 Mountains encircle the valley. Their peaks are prominent enough to hide the view of Chirripó. (Alberto Font/The Tico Times)

He was found 300 meters from the Llano Bonito rest stop, which is 7.5 kilometers up the trail, according to a statement from the National System of Conservation Areas.

The cause of death was yet to be confirmed by an autopsy as of Saturday morning. But regional parks director Ronald Chan Fonseca said Kathrein had no external injuries or lesions when medical workers found him, suggesting he died of natural causes.

Authorities said Kathrein had not registered with the park system to enter the area. Visitors must reserve permits in advance to hike up the peak.

The daily La Nación reported that Kathrein is the second person to die on the grueling 21-kilometer trail in the last two months.

Chirripó Peak is the highest mountain in Costa Rica at 3,820 meters.