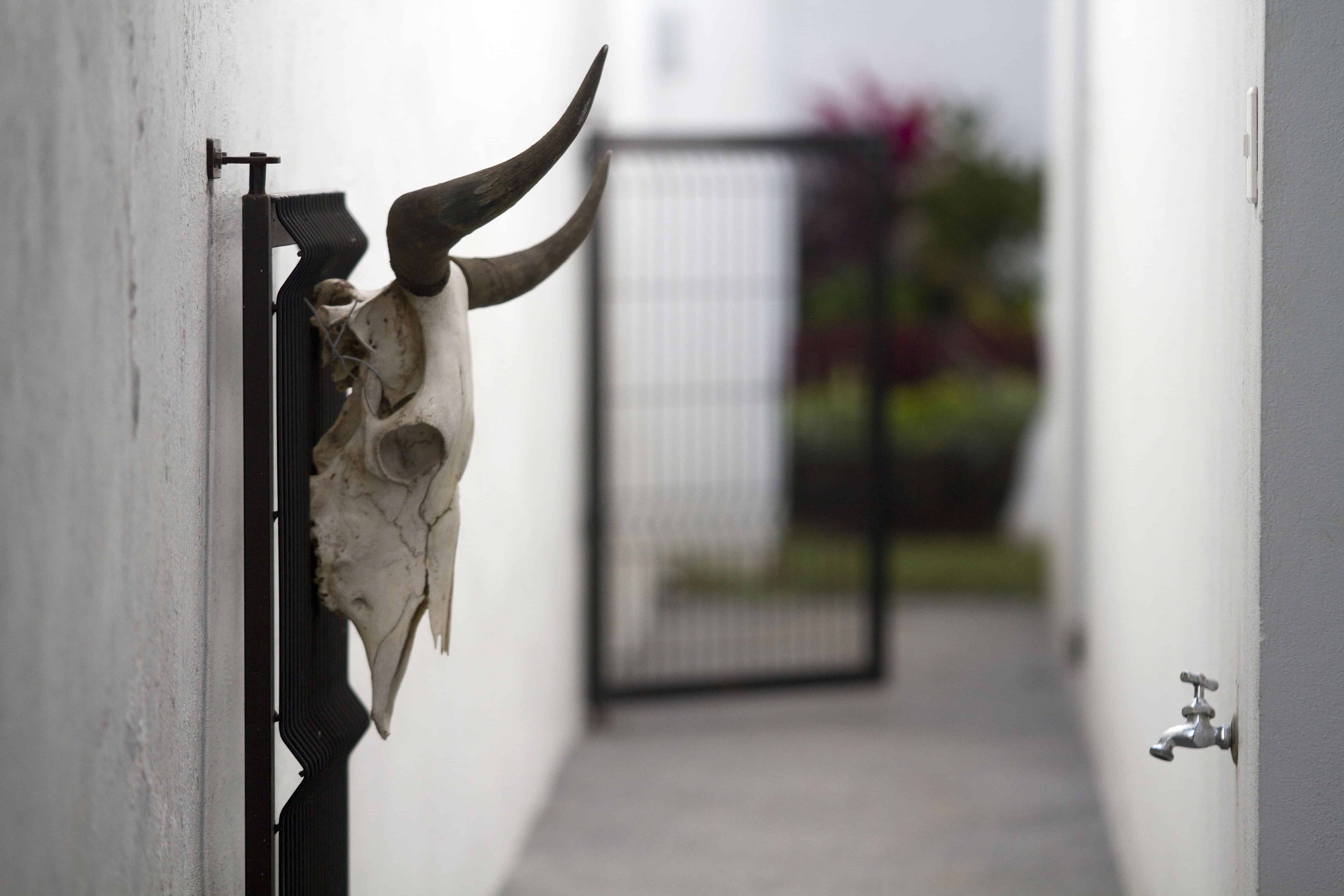 The interior of the house where Omar Treviño Morales, aka "Z-42," alleged leader of Los Zetas drug cartel, was arrested by Mexican Federal Police and Army personnel in the San Pedro Garza Garcia community, near Monterrey, Nuevo León State, Mexico on March 4, 2015. Mexican federal forces captured Treviño in an upper-class suburb near the northern industrial city of Monterrey on Wednesday, dealing a new blow to the feared gang. (Julio Cesar Aguilar/AFP)

“This achievement took place without a single shot fired, with much precision, with precise intelligence work and with the participation of all the authorities,” Nuevo León Governor Rodrigo Medina told reporters.

Trevino, 41, took the helm of the Zetas after his brother, Miguel Ángel Treviño, or “Z-40,” was captured by marines in the northeastern state of Tamaulipas in July 2013.

The U.S. State Department had offered a $5 million reward for information leading to his arrest. Mexico offered $2 million.

His takedown comes on the heels of another major coup for the government, the capture last Friday of Mexico‘s most wanted man, Knights Templar cartel leader Servando “La Tuta” Gómez.

The arrests give President Enrique Peña Nieto, who is on a state visit to London this week, major victories over drug cartels amid public anger over his government’s handling of security, particularly the investigation into the disappearance and alleged murder of 43 college students.

But analysts warn that capturing cartel leaders does not necessarily mean an end to drug trafficking or violence, and that it can create smaller, vicious splinter groups.

“With Omar Treviño, the last of the solid leaders within the Zetas is gone,” Mike Vigil, a retired chief of international operations for the U.S. Drug Enforcement Administration, told AFP.

“With this I think that the Zetas are going to have a very large void in terms of leadership. The big problem here, though, is that if the Zetas splinter into other organizations, then that can lead to violence in terms of the internal competition,” he said.

The northeastern state of Tamaulipas has endured a spasm of violence in recent weeks, partly blamed on internal feuds within the Gulf cartel, former Zetas allies.

The Zetas are considered one of the most cruel criminal organizations in Mexico, accused of melting enemies in a barrel of “stew” and, for example, of slaughtering 72 migrants in August 2010.

The group, founded by former elite soldiers, was originally the armed enforcer of the Gulf Cartel until the two groups split, unleashing a wave of violence in northern Mexico.

The Zetas smuggle drugs to the U.S. but have diversified their business by stealing fuel from pipelines and exploiting migrants.

The government dealt a first blow to the Zetas in 2012, when top leader Heriberto Lazcano was killed in a gunfight with troops. His body was stolen by gunmen who stormed into a funeral home hours later.

Like his brother, Omar Treviño is not himself a former soldier, but the siblings were able to rise through the ranks of the paramilitary cartel.

The U.S. government says Treviño is allegedly responsible for several abductions and murders in the border city of Nuevo Laredo between 2005 and 2006 and is a supplier of multi-kilogram loads of cocaine smuggled into the U.S.

In 2010, Omar Treviño told an informant that he had killed more than 1,000 people while Miguel had killed 2,000, according to an affidavit filed in a U.S. court for a case involving another Treviño brother in Texas.

Omar Treviño is “not as feared as his brother but he was able to maintain control because they respected him, and they knew that Miguel Treviño still exerted some influence over the Zetas even though he was in jail,” Vigil said.

Another brother, Jose Treviño, was sentenced to 20 years in prison in the United States in 2013 for laundering drug money through the purchase and training of champion race horses.