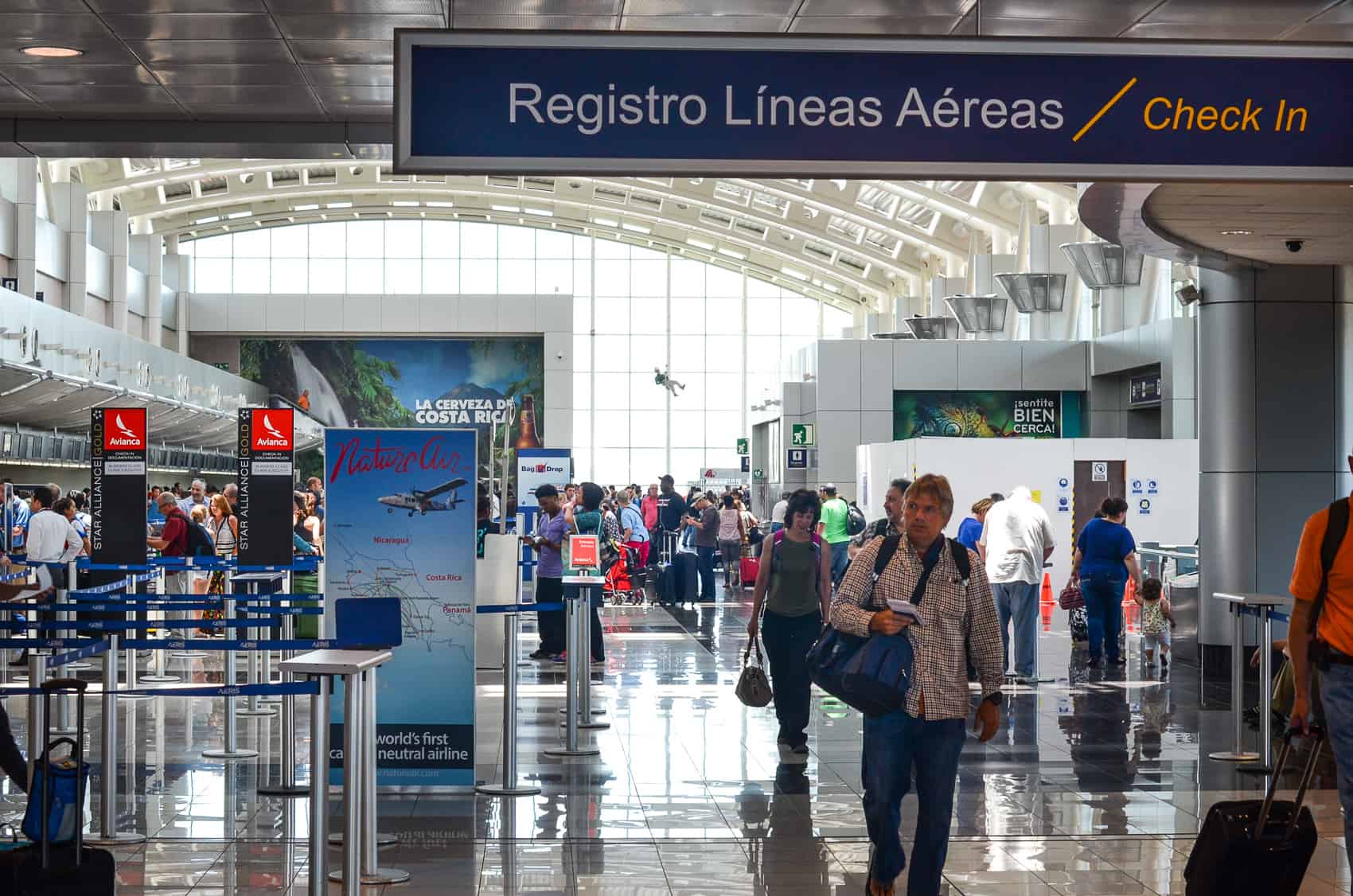 Airlines operating in Costa Rica finally can start including the country’s $29 exit tax into the cost of flights next week, according to Vice President Ana Helena Chacón, who made the announcement at the president’s weekly press conference at Casa Presidencial on Tuesday.

The vice president said the Finance Ministry’s system for collecting the tax could be operational as early as the week of Feb. 23. The system, Exonet, was supposed to go live in December 2014 but had been tied up for months with technical delays and bureaucratic wrangling between the Foreign Ministry and the Immigration Administration. Chacón said that Exonet is in its final testing phase and previous concerns have been resolved.

The tax, which has been in place since 2003, currently is paid at a special counter at the airport, Bancrédito branches, or at travel agencies. A passenger must pay it before checking in for a flight. The line to pay the tax has been known to snake out of the terminal at Juan Santamaría International Airport outside of San José, during the tourism high season from December to April.

The International Airline Association released a statement in December 2014 saying that the exit tax would only be included in fares if passengers bought their tickets on or after the day of the announcement and left Costa Rica on or later than the date of the airlines’ implementation.

Despite Chacón’s assurances, no airlines have yet announced when they will begin using the Exonet system.