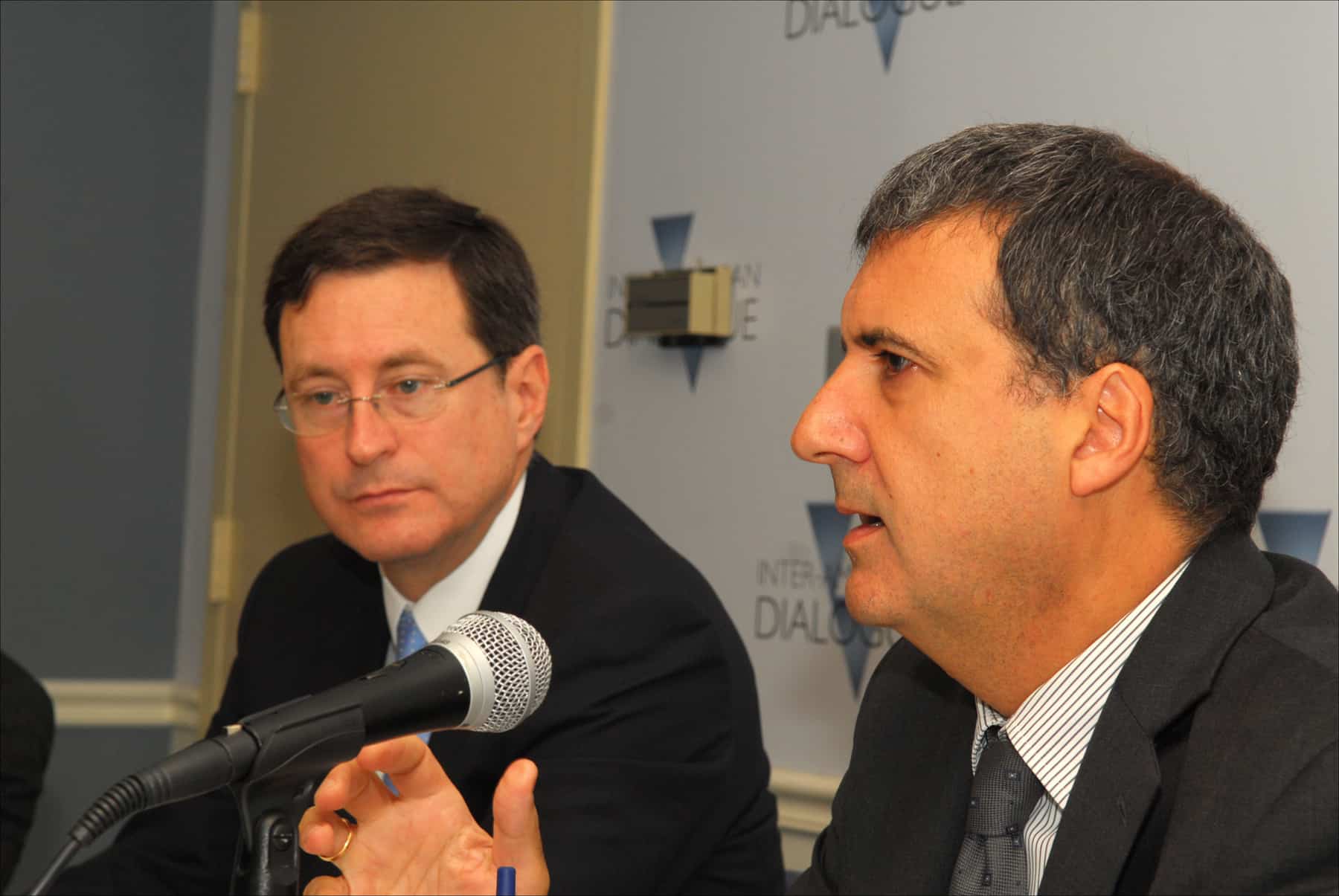 But Humberto López, the World Bank’s director for Central America, warned that some people aren’t taking the crisis seriously enough.

“Talking to others, I don’t feel there’s a sense this is really important,” he said Wednesday. “Costa Rica is projected to have a 6.7 percent deficit next year, and the government understands all this – but not everyone has that same sense of urgency.”

López spoke along with Román Macaya, Costa Rica’s ambassador to the United States, at a roundtable organized by Inter-American Dialogue and attended by 25 people. Moderating the panel was Michael Shifter, president of the Washington-based think tank.

Macaya, recalling the “extraordinary election” of Solís, who had barely registered in the polls two months earlier, said his president has faced one crisis after another since his May 8 inauguration.

“There was no honeymoon,” Macaya told his audience of executives, diplomats and NGO representatives. “He inherited a teachers’ strike, and since then, there’s been a second strike, by port workers, and a lot of uncertainty.”

Macaya said Costa Rica would likely end up with a fiscal deficit of around 5.8 percent of gross domestic product – somewhat lower than what was initially expected.

“This is due to austerity measures, but also improved tax collection methods,” he said. “Costa Rica has never sent anyone to jail for evading taxes, [but] there are now five cases, and fear is a motivator. This has helped increase tax revenues and lower the deficit a little bit.”

Nevertheless, he insists the focus must be on collecting more taxes to begin with.

“We have had ongoing discussions with the IMF on further measures to take place over the next four years,” Macaya explained. “The idea is to cut the deficit by an additional 3.75 percent of GDP. One reform is an anti-tax evasion law that gives greater teeth to our equivalent of the IRS. Another is a project to convert Costa Rica’s sales tax into a value-added tax. Our economy is dominated today by services, yet it contributes less to tax revenues than manufacturing or agriculture. This VAT will go a long way toward creating a more just system among tax contributors.”

Putting things in perspective, the World Bank’s López argues that Costa Rica ranks way better than most of its neighbors in nearly every quality-of-life index.

“Looking at the OECD as a model, Costa Rica has the same problems many rich countries have. Its problems are closer to the problems of Spain than those of other Latin American countries, so cutting the deficit can be a real challenge,” said López, a Spanish national who oversees World Bank operations not only for Costa Rica but also for El Salvador, Guatemala, Honduras, Nicaragua and Panama.

“In Costa Rica, inequality is lower than the rest of Latin America,” he said. “Also, labor productivity in Costa Rica has increased by 40 percent since 2001. This is significant, because growth has not been driven by an increase in population, but rather by increases in productivity. And it’s happening at all levels of the labor market, both skilled and unskilled.”

The result is a dramatic increase in the service sector, which now accounts for 70 percent of Costa Rica’s economy, compared to agriculture, with only a 10 percent share. And that service sector needs to pay its fair share of taxes, said López.

“This will require legislative changes in tax and spending policy that in a political environment is difficult,” warned the official, emphasizing that these changes should be done over a three- to four-year period. “It would be a total mistake to try to do it in one or two years. Probably two-thirds of this [revenue] should come from additional taxes, and one-third from spending cuts. We have been talking with authorities about these issues.”

Macaya agreed, noting that barely 20 years ago, bananas, pineapples and coffee were the country’s main exports by value; today, medical devices such as pacemakers, catheters and surgical instruments top the list.

“Services are under-represented as tax contributors,” he said, explaining why a value-added tax is the way to go. “Even if there’s no change in the percentage from a sales tax to a VAT, suddenly all these services which dominate Costa Rica’s economy will be taxable. Companies most affected will be those not paying much in taxes today.”

But, the ambassador added: “Our president has to take this to the people. It’ll be a difficult sell in a democracy. This is not going to be pain-free.”

View all posts by Larry Luxner