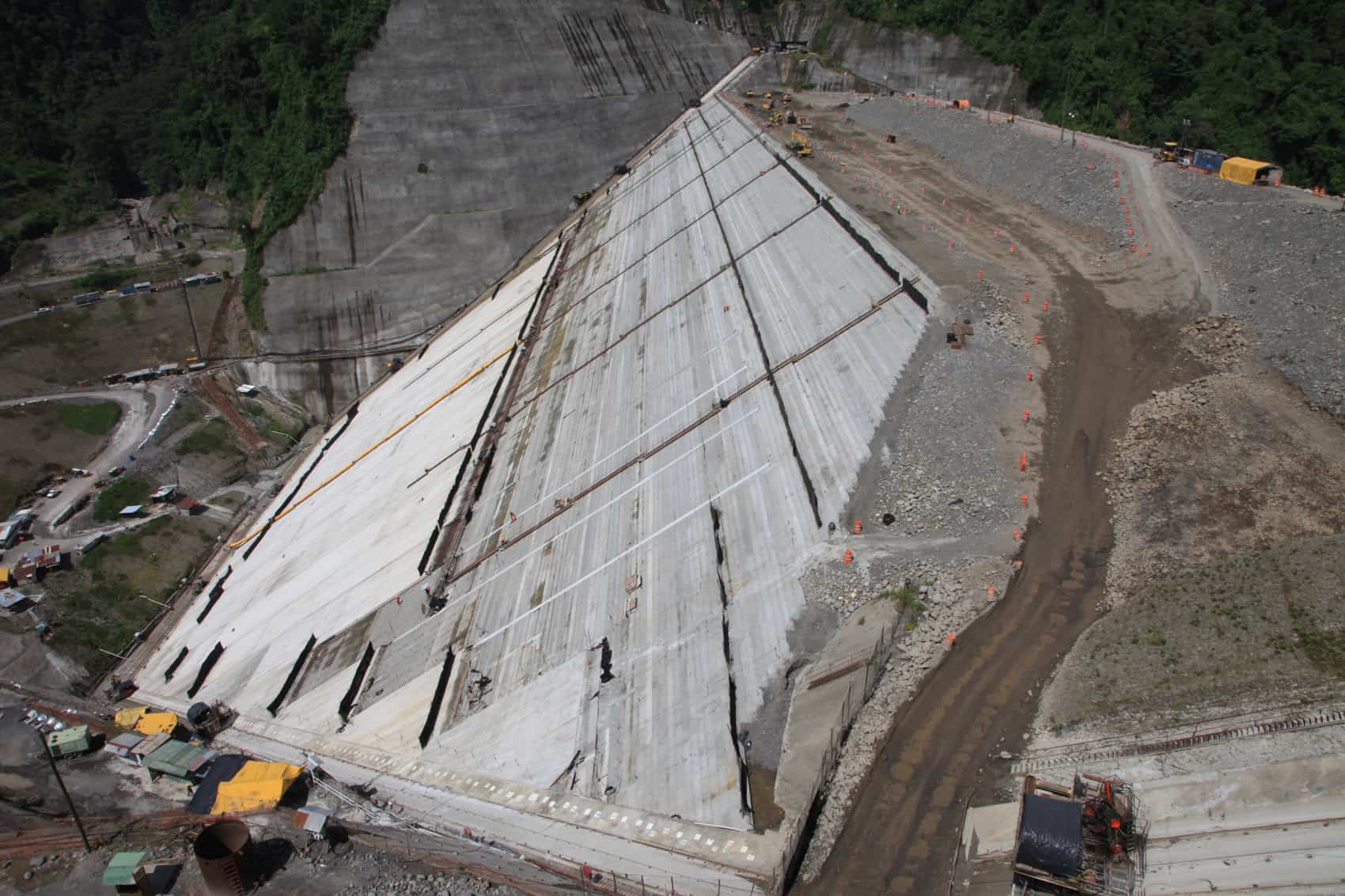 The Reventazón hydroelectric project near Siquirres, Limón, will produce 305.5 MW of electricity when completed. ((Courtesy ICE))

The Finance Ministry and the Inter-American Development Bank (IDB) have been trying to speed up the implementation of more than $1.7 billion worth of development loans in energy, infrastructure, security, education and other strategic sectors. Costa Rica has struggled to complete its public works projects in the past, including those with IDB funding, on time and on budget, according to Casa Presidencial.

IDB currently has 11 projects in the pipeline worth $1.7 billion in various stages of development, $1.3 billion of which is available to pay out now. Finance Minister Helio Fallas said in a joint statement Friday that the government and bank have been looking for ways to speed up Costa Rica’s notorious bureaucracy to implement these projects, including expanding broadband access, the Reventazón hydroelectric project and disaster risk management.

IDB offered specific recommendations to speed up the implementation of each of the 11 projects to find ways to more efficiently complete the public works.

During his presentation of the 100-day report, President Luis Guillermo Solís highlighted that Costa Rica ranked dead last — 26th out of 26 Latin American countries — when it came to effectively using funding from the Inter-American Development Bank.

“We pride ourselves on having the best democracy on the continent and living in one of the world’s happiest countries, but we have the most inefficient state when it comes to managing development loans,” Solís said.