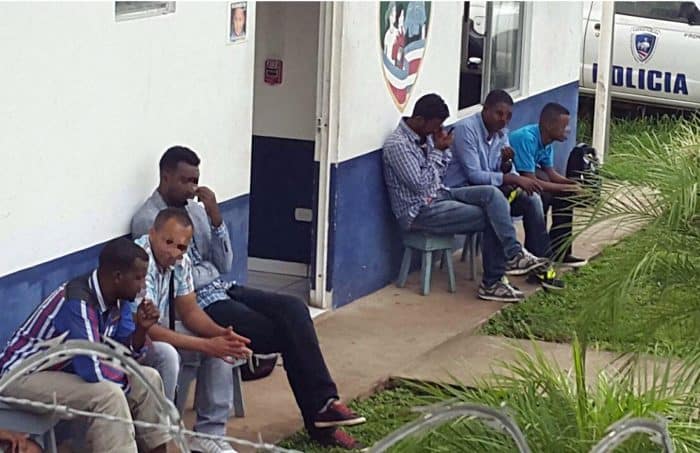 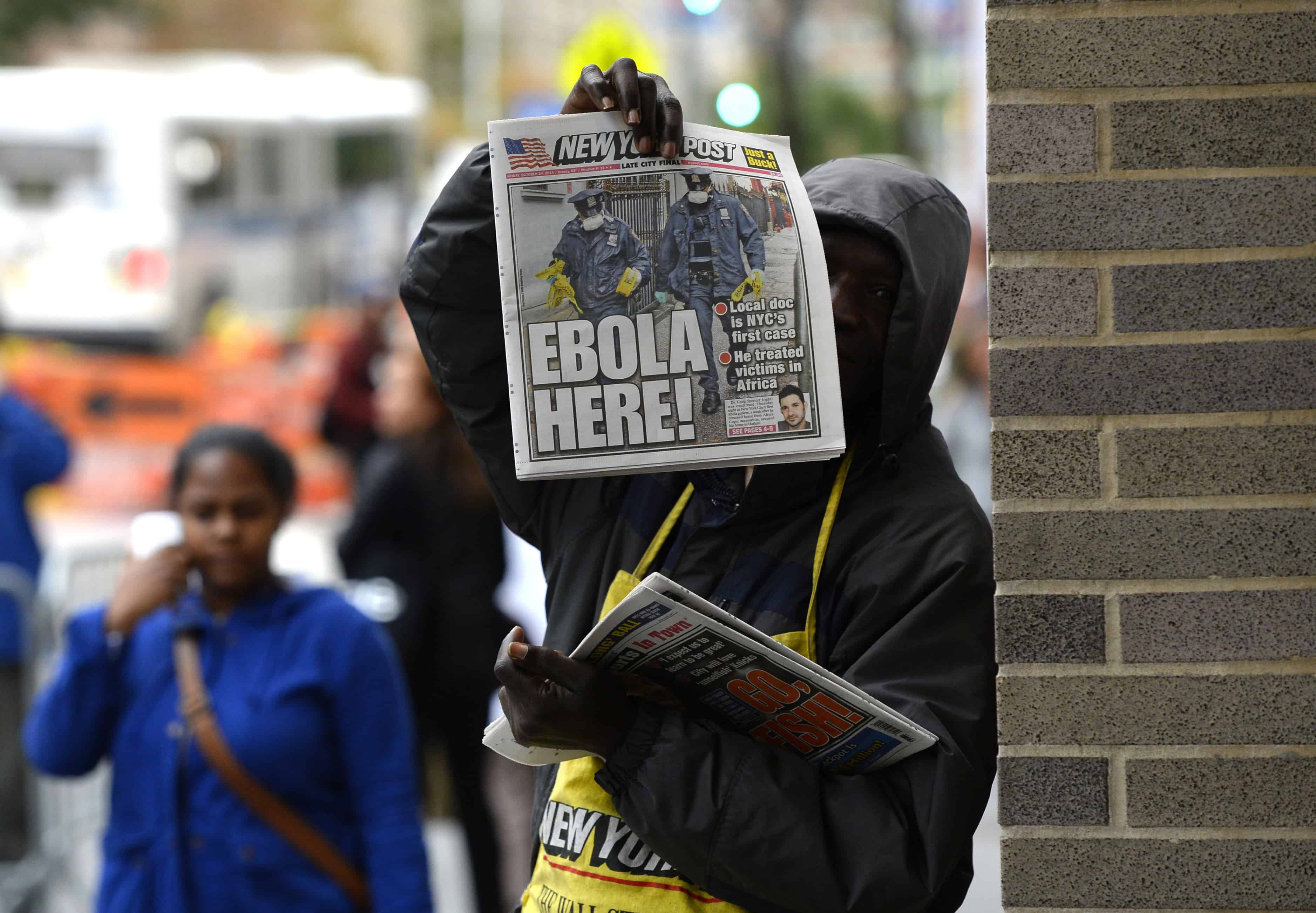 A newspaper vendor holds a copy of the New York Post in front of the entrance to Bellevue Hospital on Oct. 24, 2014 in New York, the morning after it was confirmed that Craig Spencer, a member of Doctors Without Borders, who recently returned to New York from West Africa, tested positive for Ebola. ( Timothy A. Clary/AFP)

Read all of our coverage of the Ebola situation across the globe.

NEW YORK – New York’s mayor said Friday that the city’s health system is fully equipped to handle Ebola after a doctor who had been infected in West Africa was hospitalized in the U.S.’ largest city.

Doctor Craig Spencer, 33, was in stable condition in isolation at Bellevue Hospital Center after testing positive for the illness, which has killed nearly 4,900 people in West Africa.

He was rushed to the hospital with fever and gastrointestinal symptoms on Thursday, a week after returning from treating Ebola patients in Guinea with the charity group Doctors Without Borders.

His live-in fiancée and two of his close friends are in quarantine but healthy, officials said.

“There is no cause for alarm,” Mayor Bill de Blasio told a news conference. “New Yorkers need to understand the situation is being handled and handled well.”

“We are fully prepared to handle Ebola. Our medical experts here in the city have been studying this disease intensively and working closely with our federal partners,” de Blasio said.

New York, one of the largest points of entry to the United States, had been braced for months for a possible Ebola case.

Its two largest international airports, Newark and JFK, this month introduced health checks for passengers travelling from West Africa, and four city hospitals are equipped to cope with Ebola.

Spencer’s case is the first diagnosed in the United States outside Texas. In Dallas, two nurses contracted the virus after treating a Liberian patient who later died of Ebola.

The nurses were declared cured on Friday, and 26-year-old Nina Pham was healthy enough to leave hospital and meet President Barack Obama for a hug at the White House before returning home.

Obama has been vocal in calling on people not to give in to fear or hysteria, stressing that Ebola does not spread easily and that the United States is well-equipped to deal with any new cases.

Pham smiled and appeared healthy, wearing a turquoise shirt and dark business suit at a news conference outside the National Institutes of Health Clinical Center in Bethesda, Maryland.

“I feel fortunate and blessed to be standing here today,” she said, expressing her gratitude for those who prayed for her and cared for her while she was sick.

Pham was the first U.S. health care worker to be infected with Ebola while working inside the United States, catching the disease from Thomas Eric Duncan, who was admitted to Texas Health Presbyterian Hospital Dallas on September 28.

Her colleague, nurse Amber Vinson, also become infected. She, too, is clear of the virus but has not yet been released from Emory University Hospital in Atlanta, Georgia.

“Tests no longer detect virus in her blood,” the hospital said, adding that she would stay in the serious communicable diseases unit for continued supportive care until further notice.

Pham and Vinson worked in the intensive care unit, though it remains unknown exactly how they were infected.

The Centers for Disease Control and Prevention said a “breach of protocol” was to blame, and has since issued stricter guidelines for donning protective gear when caring for Ebola patients.

In New York, crews in full protective dress arrived outside Spencer’s apartment building in West Harlem on Friday, taking a number of blue barrels inside to remove some items.

A spokesman said the apartment was not believed to be contaminated because there was no vomiting or diarrhea.

New Yorkers ‘not at risk’

De Blasio said the apartment was “locked and isolated.”

Ebola is spread though close contact with the sweat, vomit, blood or other bodily fluids of an infected person.

Authorities downplayed fears of casual infection after it emerged that Spencer had ridden the subway, visited a bowling alley, public garden, coffee shop and restaurant before going to hospital.

“New Yorkers who have not been exposed to an infected person are simply not at risk,” said de Blasio.

Health department detectives have traced all his prior movements, visiting each establishment and are clearing them from any risk.

Republican politicians — and some New Yorkers — have expressed outrage that the doctor moved freely through the city.

Some have called for a mandatory quarantine for health workers returning from Ebola-afflicted countries.

Spencer flew home, via Europe, on October 17. He is a fellow of international emergency medicine at New York Presbyterian Hospital/Columbia University Medical Center.

The hospital called him a “dedicated humanitarian” and “responsible physician who always puts his patients first.”

Nine people with Ebola have been cared for in the United States, and all have survived except Duncan.