Missing Mexico students not among 28 in mass grave 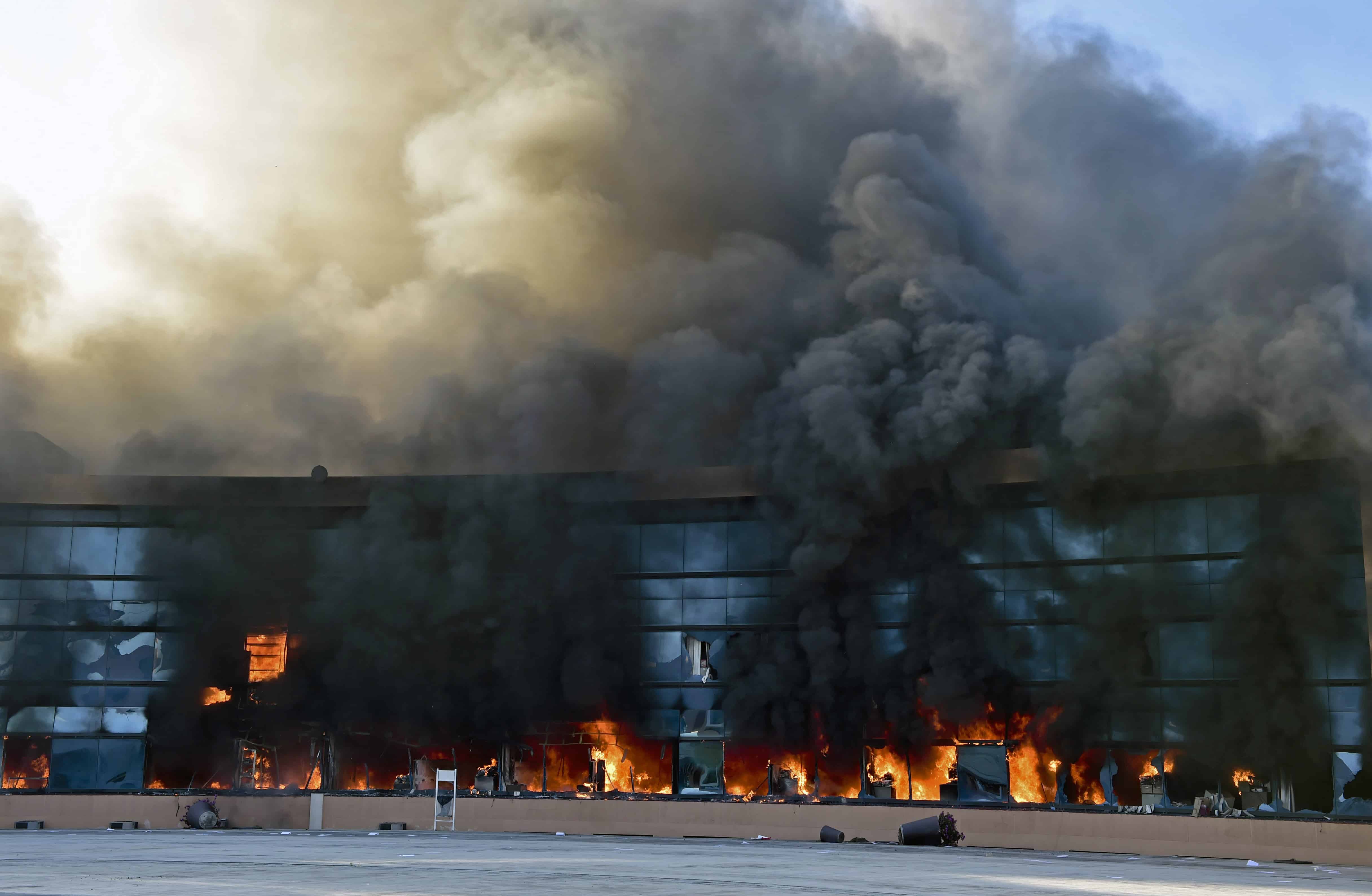 The Government Palace in Chilpancingo, Guerrero state, burns after students set it on fire on Oct. 13, 2014 during a protest to demand the return of 43 missing students. (Yuri Cortéz/AFP)

CHILPANCINGO, Mexico – The mystery over the fate of 43 Mexican students missing since an attack by gang-linked police deepened Tuesday after authorities said none were among 28 bodies found in a mass grave.

Attorney General Jesús Murillo Karám announced the arrest of 14 other local police officers in the state of Guerrero accused of abducting the students and handing them over to a drug gang.

Murillo Karám cautioned that authorities were awaiting DNA results for an undisclosed number of corpses found in other graves outside the city of Iguala, 200 kilometers (125 miles) south of Mexico City. A new mass grave was found on Tuesday.

But, he said, “we have some [DNA] results for the first pits and I can tell you that they do not correspond to the DNA that relatives of these young men have given us.”

Two hit men have told investigators that they killed 17 of the students, but authorities stress that none of the deaths will be confirmed until DNA results are finalized.

But law enforcement officials said 300 federal police were actively searching for the students and treating their disappearance as a kidnapping in a case that has sparked international outrage and violent protests in Guerrero.

Authorities say municipal police officers colluded with the Guerreros Unidos gang in a night of violence in Iguala on September 26 that left six people dead and the 43 aspiring teachers missing.

The case has highlighted Mexico’s struggle to purge corrupt police and officials in towns dominated by drug cartels.

President Enrique Peña Nieto vowed Tuesday to take action “to avoid a repeat of events like those in Iguala.”

Murillo Karám said members of the police force in the neighboring town of Cocula participated in the students’ disappearance and that 14 were arrested.

The officers, he said, took the 43 students from their Iguala colleagues and “then handed them in the city limits of Iguala and Cocula” to the Guerreros Unidos.

A Cocula police administrator was also detained for changing the numbers of the town’s patrol cars to conceal their role in the mass disappearance.

The attorney general said around 50 people have been detained in the case but that authorities were still hunting for those who ordered the abduction. He did not identify those suspects.

But Iguala’s mayor, his wife and police chief are on the run and wanted for questioning, amid allegations that they unleashed the officers on the students to stop them from showing up at municipal events.

The students, from a teacher training college near the state capital Chilpancingo, say they were in Iguala for fundraising activities and seized buses to return home.

Murillo Karám’s announcements came a day after angry protesters torched part of the Guerrero state government headquarters and clashed with riot police outside the regional congress in Chilpancingo.

In addition to the new arrests in Guerrero, authorities said a Guerreros Unidos leader, Benjamín Mondragón, killed himself rather than surrender to federal police who had surrounded him in the neighboring state of Morelos on Tuesday.

National Security Commissioner Monte Alejandro Rubido said two nephews of Mondragón, known as “El Benjamón,” were detained in the operation and that the gang leader’s pregnant wife had been there.

Back in Guerrero, more riot police were deployed in Chilpancingo after protesters warned they would step up their actions if authorities failed to provide answers about the missing students.

Protesters have called for the resignation of Governor Ángel Aguirre.

Aguirre charged that there was a “political undercurrent” behind the violent protests.

“There’s an attempt to produce a provocation that would generate more complicated and destabilizing situations in our state,” Aguirre told MVS radio.

Students from teacher training colleges in the neighboring state of Michoacán seized 35 buses to travel to Guerrero to join future protests.