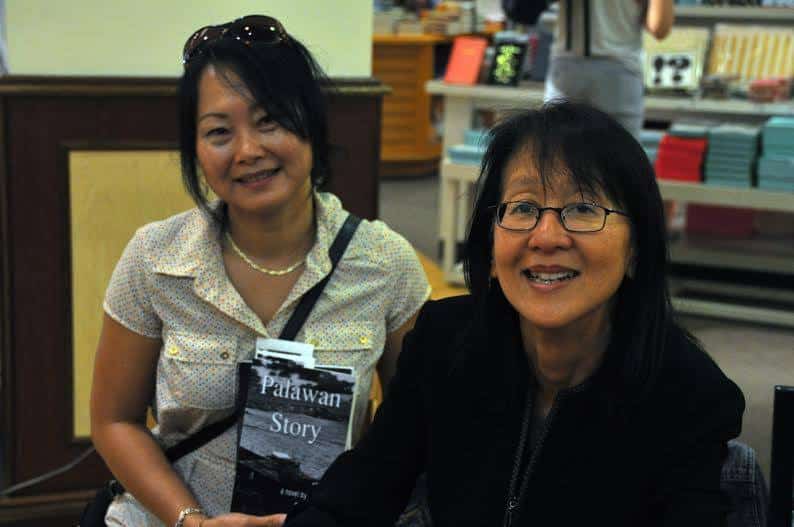 The author (right) with her first published novel at an Ottawa bookstore. (Courtesy Caroline Vu)

In a way, “Palawan Story” is a novel about a clerical error: When young Kim escapes Vietnam during the civil war, she arrives in the Philippines. But because she has the same name as another young woman, she is accidentally shipped off to an adoptive family in the United States, where she not only starts a new life, but actively revises her past.

For author Caroline Vu, “Palawan Story” has certain autobiographical elements. Like Kim, Vu was also born in Vietnam, she was evacuated during the war, and she lived part of her life in the United States. But unlike Kim, Vu also spent time in Costa Rica, where her husband, Mario Laguë, served as ambassador to Canada from 2004-2007. (Laguë passed away unexpectedly in 2010.) During her time in Costa Rica, Vu also wrote extensively for The Tico Times.

Vu will visit Costa Rica this week for a local book launch of “Palawan Story” at the restaurant Tin Jo in San José. Hosted by owner Maria Hon and sponsored by the Asociacion Diplomatica de Ayuda, the event is a chance to meet the author and pick up a copy of the book.

While this novel is her first published book, Vu has written for various newspapers around the world, including the Toronto Star and the Geneva Times. Today Vu is based in Montreal, Canada, and like her “Palawan” protagonist, she works as a family doctor.

Does Kim reconcile her adult life with her dramatic and uncertain childhood? There’s only one way to find out – books cost 8,000 colones ($16) a copy.