Fuel prices to increase again, setting yet another record high in August 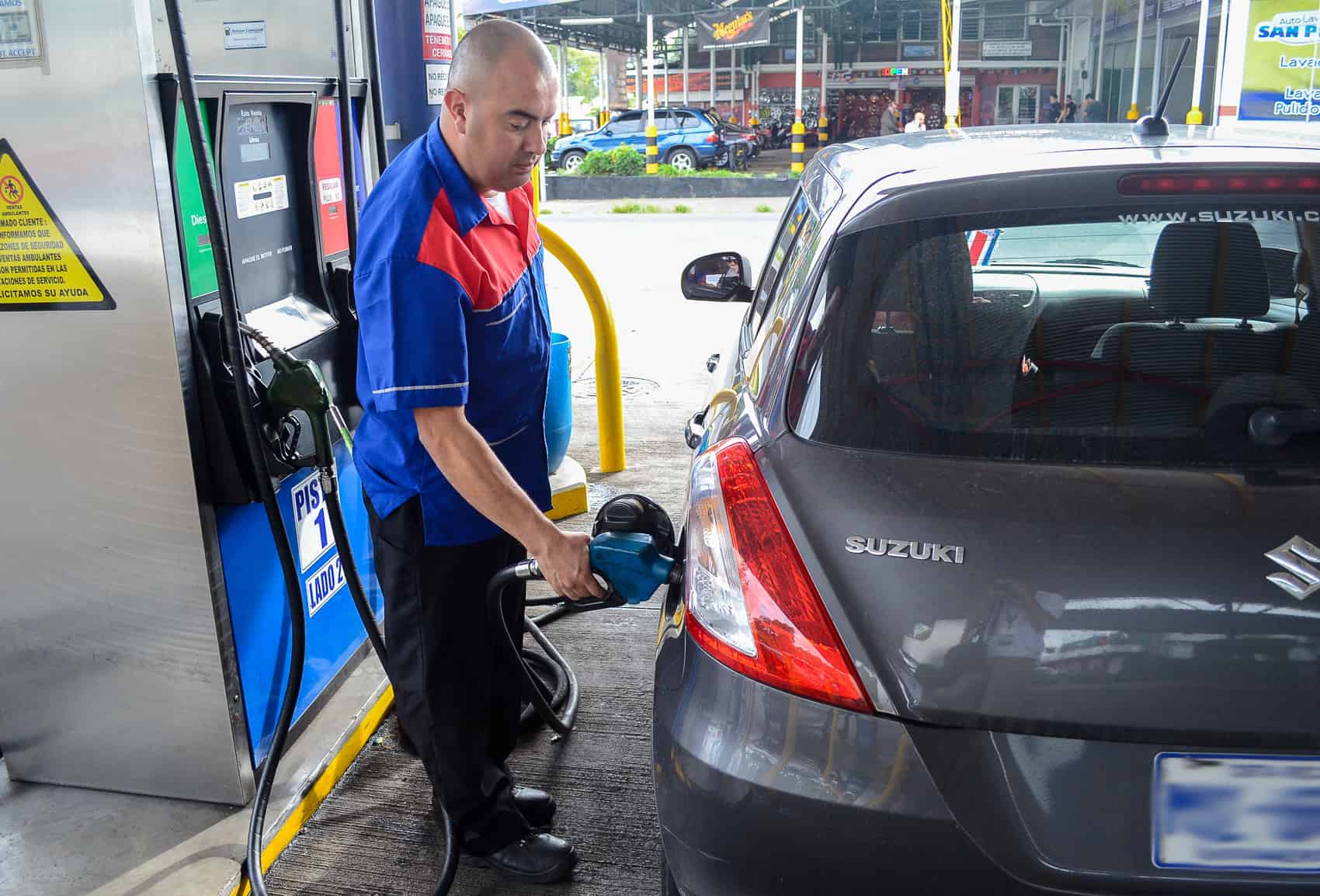 Enough is enough! A new hike in gas prices will be the seventh increase this year. (Alberto Font/The Tico Times)

Per-liter prices of gasoline will reach record highs again next month following an update in fuel taxes set by the Finance Ministry each quarter.

The tax increase is a result of a calculation that takes into account inflation rates recorded every three months. Those calculations resulted in a ₡5 increase for gasoline and a ₡3 increase for diesel. The last update was applied in May, increasing prices by ₡1.

The adjustment is mandatory and follows provisions of the Fuel Tax Law, which states that fuel prices should be updated according to variations in the Consumer Price Index as calculated by the National Statistics and Census Institute.

The new prices will take effect once the Finance Ministry decree is signed by President Luis Guillermo Solís and published in the official newspaper La Gaceta next month.

At the beginning of his administration, Solís requested a review of the methodology used for calculating fuel prices with the aim of lowering costs for consumers.

The Public Services Regulatory Authority then sent two proposals involving the elimination of fuel taxes and reducing spending at the National Oil Refinery (RECOPE). Solís, however, dismissed the first proposal, saying it “is not a valid option considering the harsh fiscal situation the country is facing.”

Earlier this month RECOPE President Sara Salazar proposed a ₡6 billion ($11 million) cut in the agency’s operating expenses this year, which would be accomplished by optimizing oil unloading protocols on ships and limiting hiring, travel, scholarships and staff promotions, among other measures.

The Public Services Regulatory Agency is currently evaluating RECOPE’s proposal and will hold a public hearing before deciding to approve it or not.

Recommended: Let the gas prices climb, but give us electric cars