Caribbean, Northern zone residents get a break from the rain, but that could change on Wednesday 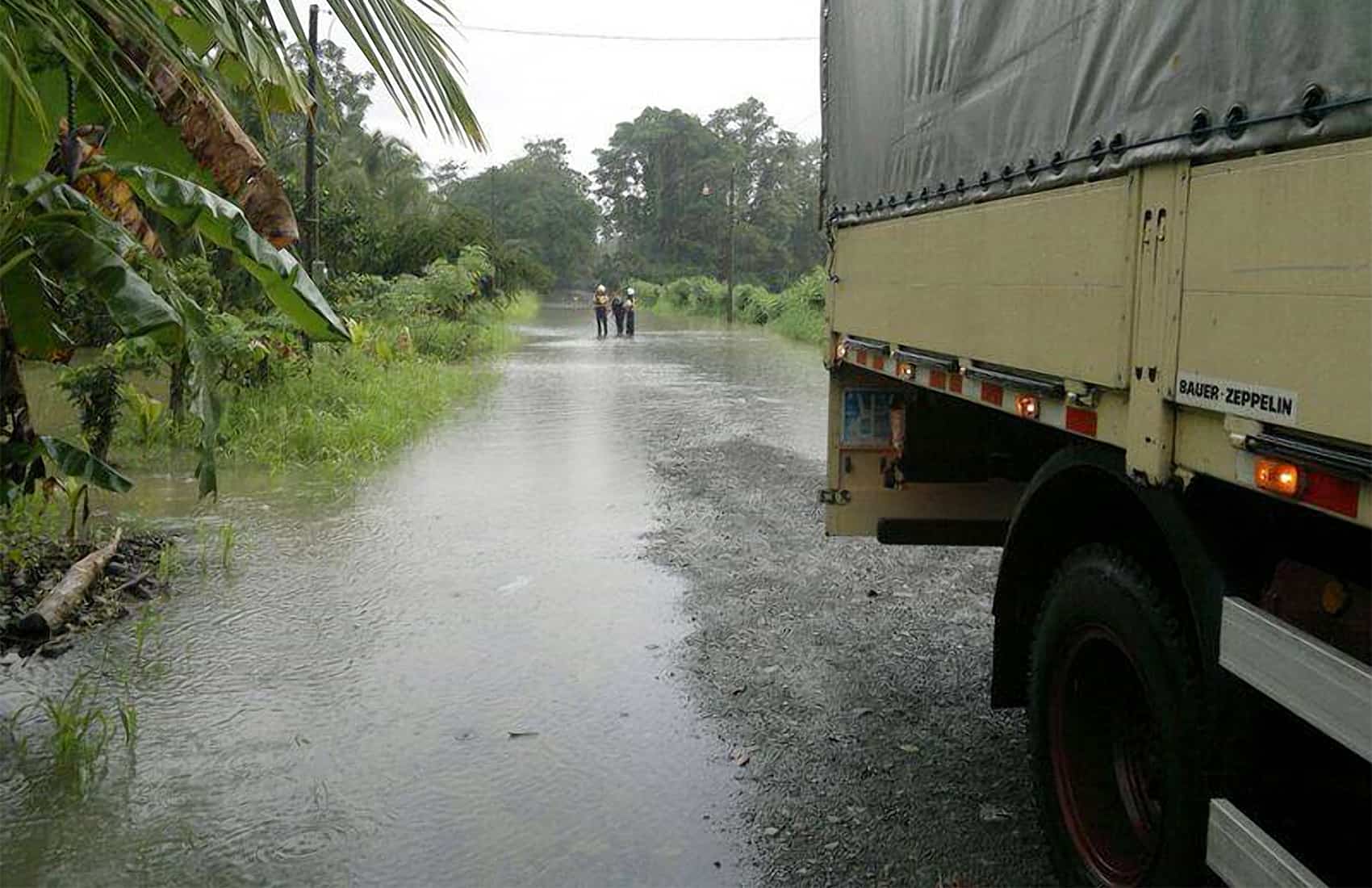 Despite a significant decrease in rainfall on Monday, the National Emergency Commission (CNE) said it will maintain a green alert for the Caribbean and Northern zones, two of Costa Rica’s regions most affected by heavy rains last week.

The National Meteorological Institute (IMN) on Monday reported that conditions had improved in most of the province of Limón. Only isolated showers continued in the lowlands of the Northern Zone, according to meteorologist Eladio Solano.

But the situation could change, and the IMN has forecast the possibility of more rain starting on Wednesday in both regions. Solano said a more detailed forecast would be issued on Tuesday.

Monday’s decrease in rainfall has allowed 91 people in a temporary shelter in the northern canton of Sarapiquí to return to their homes, but 20 more remain in a shelter in Guácimo, Limón, CNE spokeswoman Rebeca Madrigal said.

Despite better weather conditions on Monday, CNE officials decided to maintain the green, or preventive, alert because the ground in those areas is overly saturated from last week’s rains. “If showers begin again on Wednesday, we could expect more flooding and landslides in some of those areas,” Madrigal said.

Also on Monday, municipal officials began evaluating several roads that were damaged last week. They are expected to send a report to the CNE later this week.