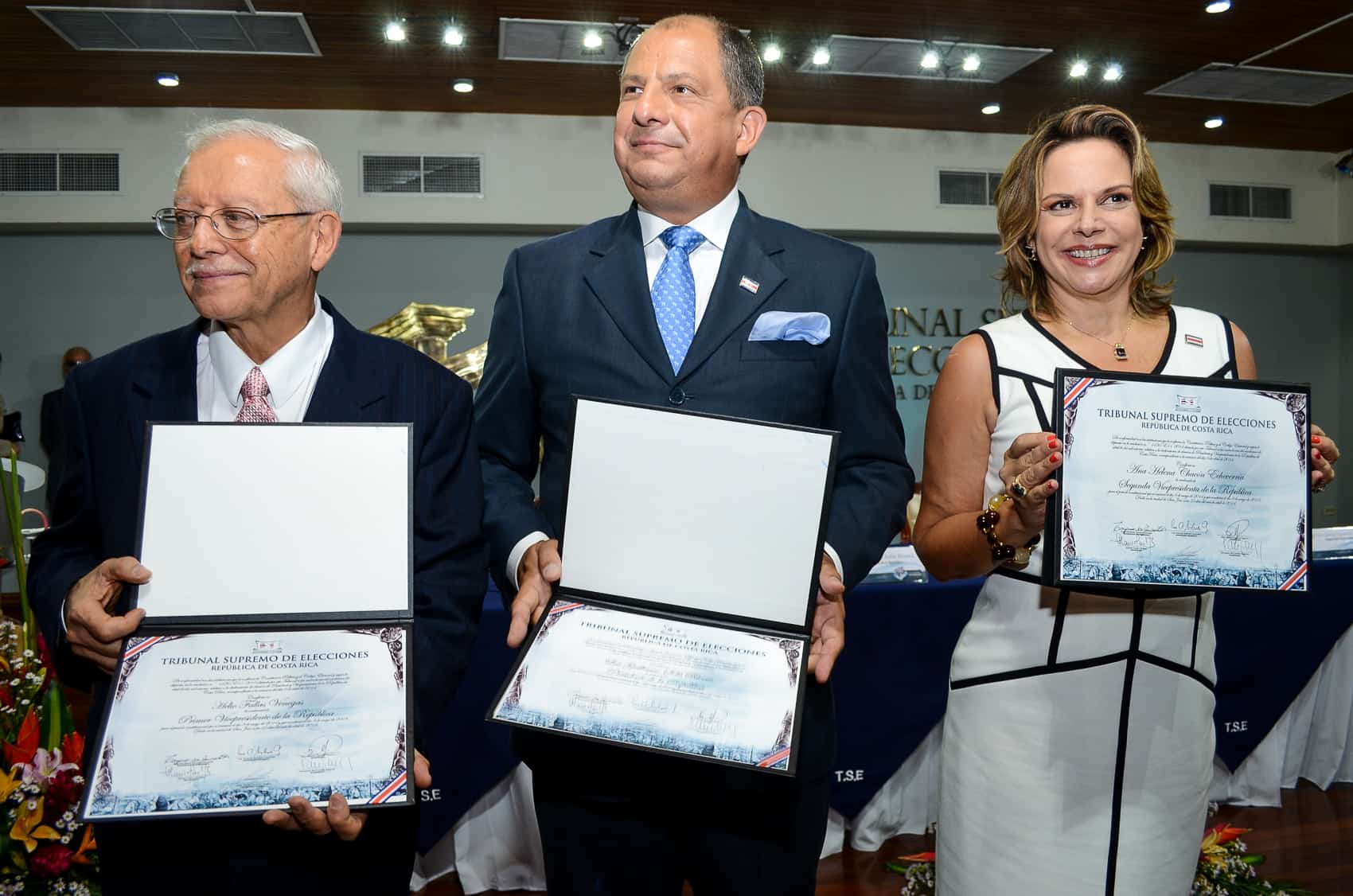 Costa Rica’s government will “definitely” lower the forecast for this year’s fiscal deficit as the government steps up efforts to fight tax evasion in the Central American country, Vice President Helio Fallas said.

President Luis Guillermo Solís, who took office May 8, called the widening shortfall the “biggest challenge” facing the $45 billion economy, a shift from his statement in February when he was “worried about the deficit, but not scandalized by it.” The previous government forecast the budget gap would widen to 6 percent of gross domestic product this year from 5.4 percent in 2013.

Fallas, who is also finance minister, said the government is committed to Solís’ campaign vow not to raise taxes for two years. Before then, it will cut spending and implement technology to better identify tax evaders, as well as seeking legislation over the next one to two years to help boost revenue. Fallas said that by not filling current public sector vacancies, the government could save ₡6 billion ($11 million) per year. The last budget was about $13 billion.

“We will improve tax collection and have better control of spending,” Fallas said in an interview Tuesday in his office in the capital, San José, without saying what the new deficit figure would be. “Our plan is to move forward while new legislation is under way.”

Moody’s Investors Service lowered its outlook on Costa Rica to negative from neutral in September, citing the rising debt burden and widening deficit. Tax evasion accounts for as much as 8 percent of GDP, Fallas said.

Solís and Fallas will also seek to boost investment in Costa Rica after Intel and Bank of America surprised the country by announcing plans to fire 3,000 workers before the election, citing the need to consolidate operations elsewhere. Last week, Mexican appliance maker Controladora Mabe, announced it would stop manufacturing stoves in Costa Rica and would fire about 350 workers.

The decision by Intel, which drew global attention to the country of 4.7 million when it invested in the 1990s, will have a limited impact on tax revenue because it operated in a free trade zone, Fallas said. In 2013, about 21 percent of Costa Rica’s exports of goods came from Intel, according to investment promotion agency CINDE.

Citigroup cut its GDP growth forecast for next year in half to 2.2 percent in the wake of the firings.

Delaying the fiscal package until next year or 2016 will make it more difficult to get the bill through the Legislative Assembly, the Eurasia Group said in a May 12 report.

“Though Costa Rica can cover its costs for now, the fiscal outlook will likely remain challenging,” according to the report.