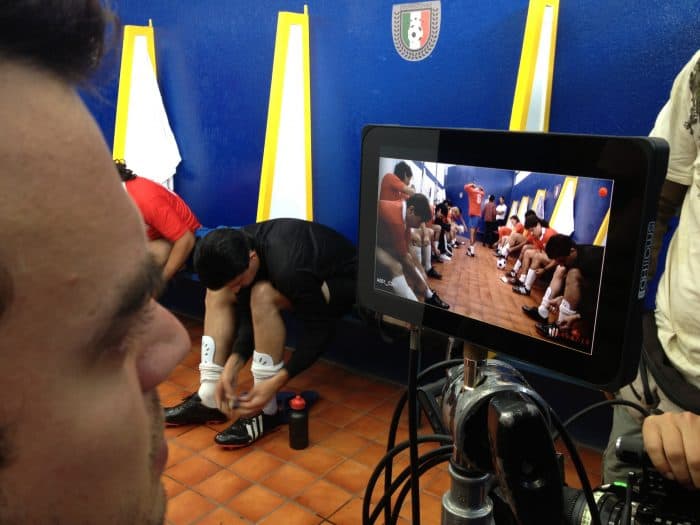 Watch the trailer for ‘Italia 90’, a film on Costa Rica’s improbable run in the 1990 World Cup

The Costa Rica-made film “Italia 90” released its first trailer this week. Sorry, no subtitles, but the story is simple enough to follow. Here’s the background: Costa Rica participated in its first-ever World Cup in Italy in 1990. The debutants faced overwhelming odds in a group with Brazil, Scotland and Sweden.

But due to the spectacular play in net by goalie Luis Gabelo Conejo — who features prominently in the trailer, outdated hairdo and all —  the Ticos upset Scotland and Sweden (and lost to Brazil in a tight match).

With the victories over the two European squads, Costa Rica advanced to the Round of 16. However, an injury kept Conejo out of the team’s next match with Czechoslovakia. Costa Rica promptly lost without its star goalkeeper, 4-1. Twenty-four years later, the Ticos have never repeated the feat of advancing past the tournament’s opening round. And the Italy 1990 team continues to live in Costa Rica folklore, representing the country’s lone successful run at the World Cup.

Italia 90 will have its premiere May 28, and will open countrywide on June 5. The film’s Tico director Miguel Gómez has promised a precise retelling of the team’s Cinderella tale, and the way it captivated the country. While the trailer looks a little heavy on the melodrama, the movie should be a lively and faithful look back at Costa Rica’s best performance at the world’s most popular sporting event.

And speaking of great performances, a tipster tell us a Tico Times writer makes a cameo in the film as the Scottish coach. (We’ll have a feature on his role Sunday morning.)