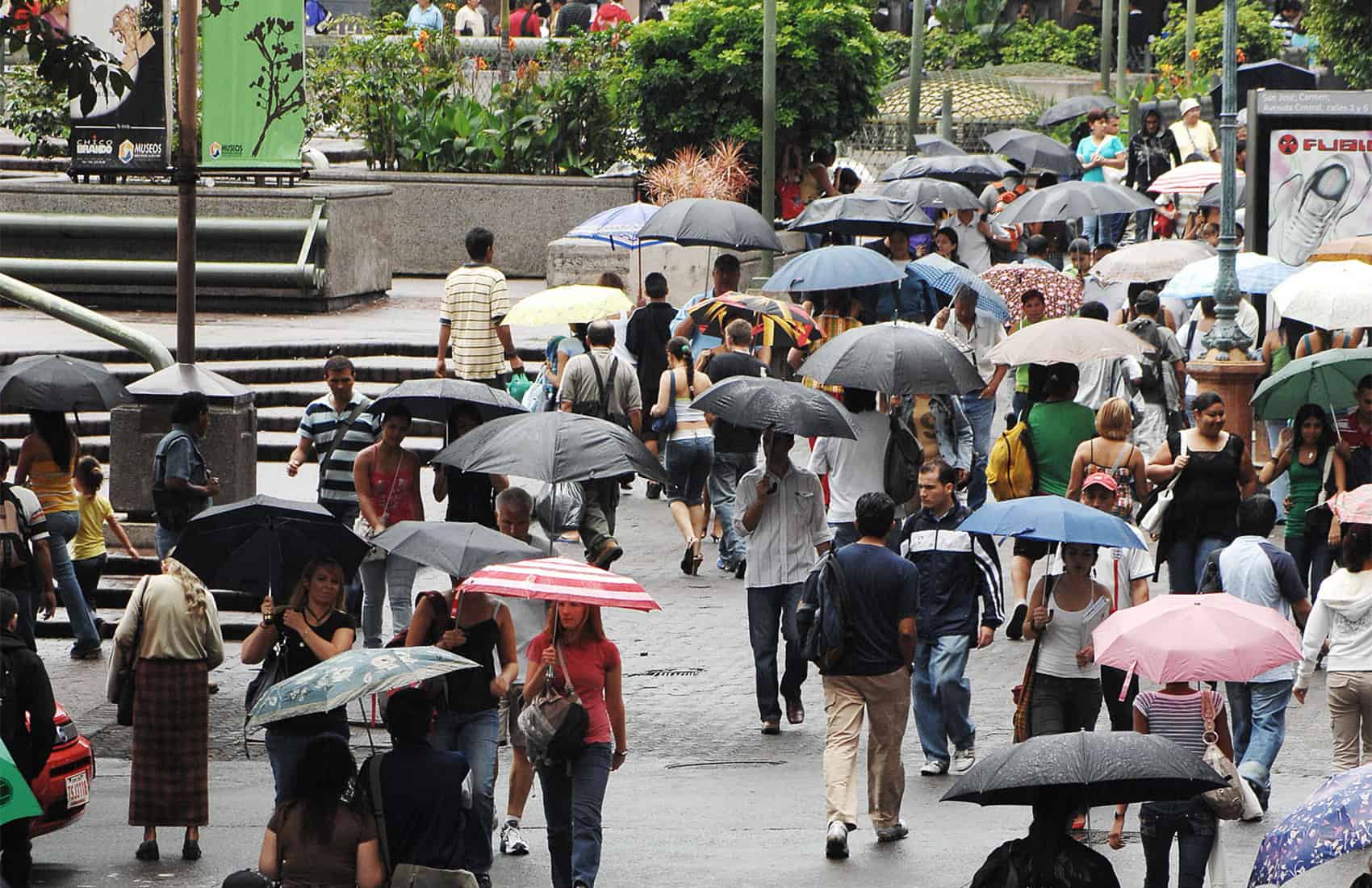 Costa Rica's transition to the rainy season is likely to begin in late April, but a decrease in rainfall is expected starting in July. (Lindy Drew/The Tico Times)

Costa Rica will experience the effects of an El Niño weather phenomenon beginning in July, which means less rainfall for most of the country, the National Meteorological Institute (IMN) reported Wednesday.

IMN Director Juan Carlos Fallas said the transition to rainy season is expected begin in late April or early May. Rainy season lasts from May to November.

Fallas said the Northern Zone and the Caribbean region are two areas most likely to be affected by less rainfall, for a fourth consecutive year.

Along the Caribbean coast, rainy season starts between May 16 and 20, and the IMN is expecting up to 50 percent less precipitation than the area’s average.

The lack of rainfall in the Caribbean since 2010 has worried IMN experts, particularly because 2013 was the driest year in that part of the country since 1995.

In 2013, Caribbean precipitation decreased by 45 percent compared to 2009, the last year that registered a “normal” rainy season, IMN meteorologists said.

“People seem to be ​​unaware of the seriousness of this issue, perhaps because it’s in the [Caribbean],” Flores said. “If a lack of precipitation like this occurred in Guanacaste, it would have had serious consequences.”

On the Pacific side of Costa Rica, the northwestern province of Guanacaste actually registered more rainfall last year than in 2012.

Last year, Guanacaste registered 2 percent more rainfall than the normal average, and this year the trend is expected to continue up to 5 percent, the IMN said.

Forecasts show El Niño could continue affecting the country through the end of the year. The IMN has begun alerting agencies to begin preparing preventive measures.

Water shortages caused by a drier rainy season in 2013 are currently affecting residents in the Central Valley, as public agencies are implementing water rationing in many communities of San José and Heredia.