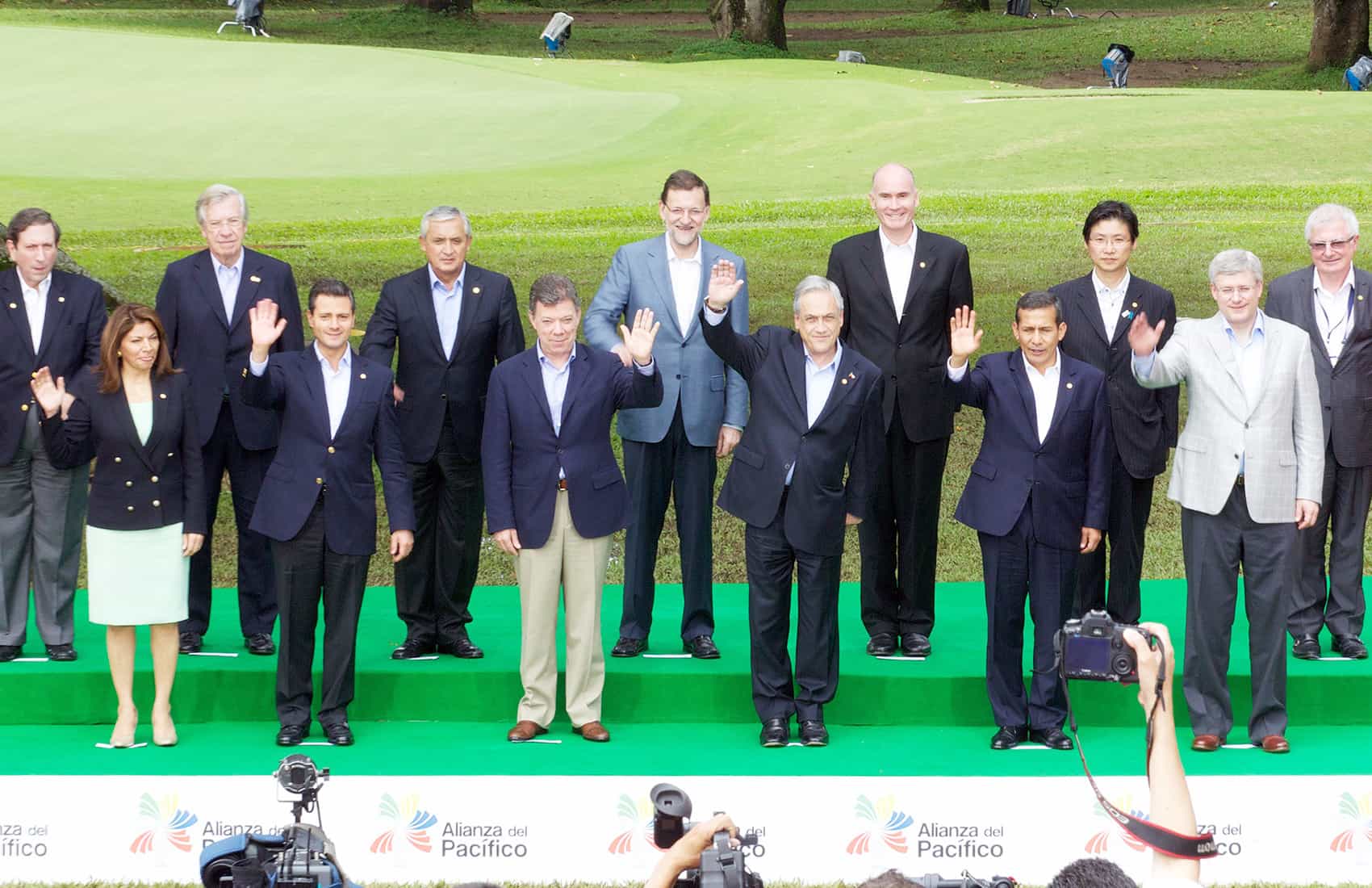 Costa Rica's Laura Chinchilla, front left, in 2013 participates as an observer at the VII Summit of the Pacific Alliance in Cali, Colombia. ((Courtesy of Pacific Alliance))

During an upcoming trip to Colombia, President Laura Chinchilla on Monday will sign a memorandum outlining the steps Costa Rica must take to obtain full inclusion in the Pacific Alliance, a growing trade bloc of Latin American countries.

Chinchilla will arrive in the city of Cartagena for a two-day trip to attend the VIII Presidential Summit of the trade forum, accompanied by Foreign Minister Enrique Castillo and Foreign Trade Minister Anabel González.

Costa Rica will become the first country to apply for full membership in the forum following its establishment by founding members Chile, Colombia, Mexico and Peru. The alliance was created on April 28, 2011.

“This is a great achievement for our trade and foreign policies. My administration has emphasized trade promotion and modernization, as well as investment in the tools to make Costa Rica a more open economy,” Chinchilla said on Thursday.

Efforts to become a full member of the alliance began two years ago when the country was admitted as an observer in March 2012.

Trade figures with these four countries increased from $775 million in 2002 to $2.2 billion in 2012, according to the Foreign Trade Ministry (COMEX).

These countries accounted for 20 percent of Costa Rica’s Foreign Direct Investment in 2012, and their populations represent a market of 209 million people with a per capita GDP of up to $15,400 per year, COMEX reported.

The Cartagena Summit will be the last international forum for Chinchilla before the inauguration of Costa Rica’s new president on May 8.