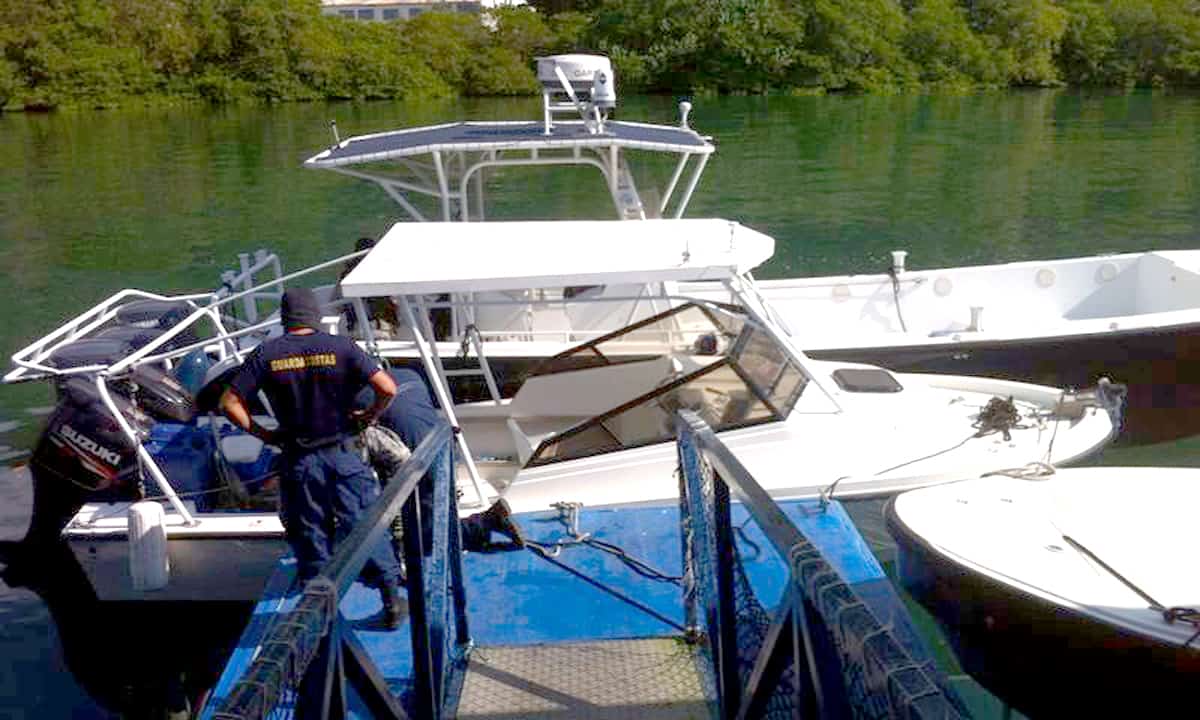 Some Costa Rican fisherman thought they caught the big one Wednesday morning before the Coast Guard showed up to hook them.

The Public Security Ministry announced that the Costa Rican Coast Guard and Drug Control Police seized over a ton of wrapped cocaine onboard a sport fishing boat off the country’s southern coast near Golfito, in the early hours of Wednesday morning.

Authorities detained three Costa Ricans and seized 2,116 pounds of cocaine wrapped in 46 black bags. The three Ticos did not have prior criminal records.

The ton of cocaine was left out at sea by traffickers and later fished out of the water by the three Costa Ricans, according to a statement from ministry. Law enforcement speculated that the drugs would be brought ashore and exported out of the country, leaving some for domestic consumption.

So far in 2014, police have confiscated more than 4,800 lbs. of cocaine. Costa Rica had a record-breaking year in 2013 for cocaine seizures, with law enforcement seizing 21.8 tons of cocaine.