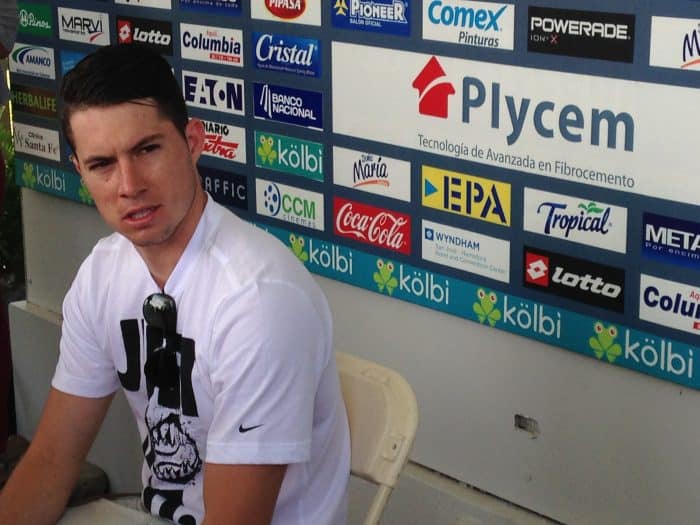 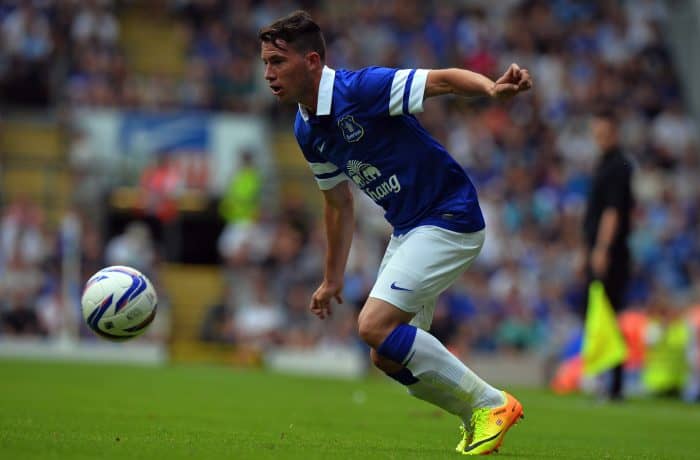 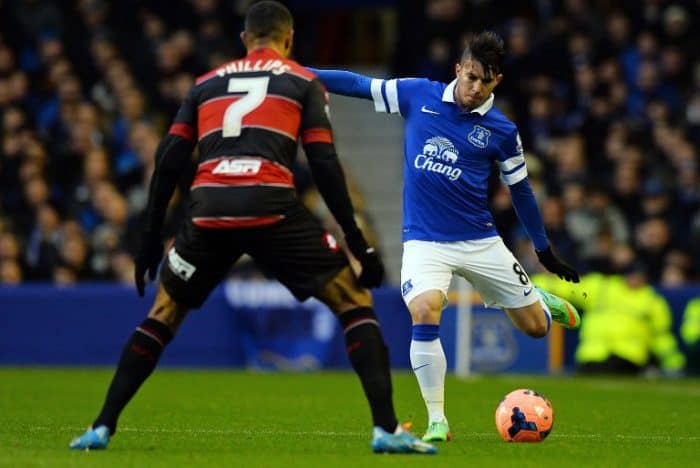 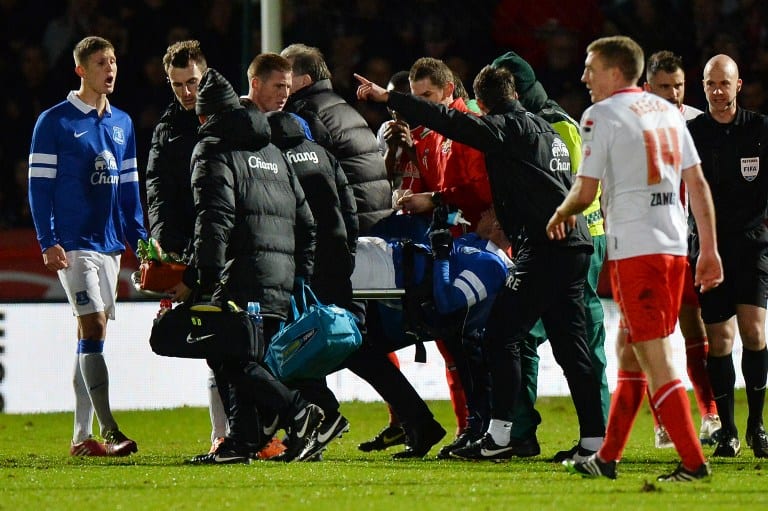 Everton's Costa Rican midfielder Bryan Oviedo removed on a stretcher off the pitch after breaking his leg during match between Stevenage and Everton at the Broadhall Way stadium in Stevenage on Jan. 25. (AFP)

The Costa Rica Men’s National Team – mainly playing with reserves – had an awful week, failing to score a goal in World Cup warm-ups against Chile and South Korea. But the most devastating loss for Costa Rica this week occurred in England, where arguably the team’s best player broke two bones in his leg during an FA Club  match Saturday.

During the first half of a match against Stevenage, Oviedo made a play on a ball against Simon Heslop as he wound up for a shot. Heslop’s foot appeared to connect with Oviedo, and the Costa Rican player collapsed. Everton Coach Roberto Martinez said after the match Oviedo broke his fibula and tibia. He added that he did not believe the hit was malicious. Judging from the replays, it looked like an accident.

The offensive midfielder has had an outstanding season for Premier League club Everton. His goal against Manchester United in December gave Everton its first victory over the English powerhouse in 21 years. And the 23-year-old Tico has proven to be an adept player during his 13 appearances this season. Everton supporters have their own chant for him: singing the words “OVIEDO BABY” to the tune of the Human League’s hit “Don’t You Want Me?”

Oviedo probably won’t return to the Premier League before the season ends in early May. However, don’t completely dismiss Oviedo’s odds of playing in the World Cup yet. Doctors estimate a recovery time of four months, putting him right on the cusp of a World Cup return (though roster decisions will need to be made earlier). Improved medical technology is helping athletes return from injury faster than ever. Broken bones don’t have the lengthy recovery time of other frequent sports injuries like a torn knee ligament.

Oviedo has used his Twitter account to update fans on the aftermath of his double leg fracture. His timeline is filled with messages of support from his Costa Rican teammates. In the next 10 weeks, we’ll know whether Oviedo is a fast healer. In the World Cup, Costa Rica faces a group of Uruguay, England and Italy. Against those potent squads, it’s hard to envision Costa Rica making much noise without the help of a star like Oviedo Baby.

Thanks for the support. You are the strength to return #OviedoBaby