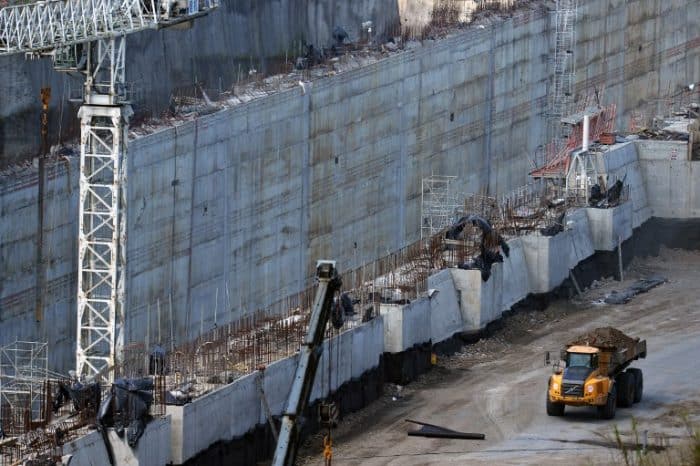 Panama Canal expansion to proceed no matter what, says official

Minister insists that Panama Canal expansion will be completed in 2015 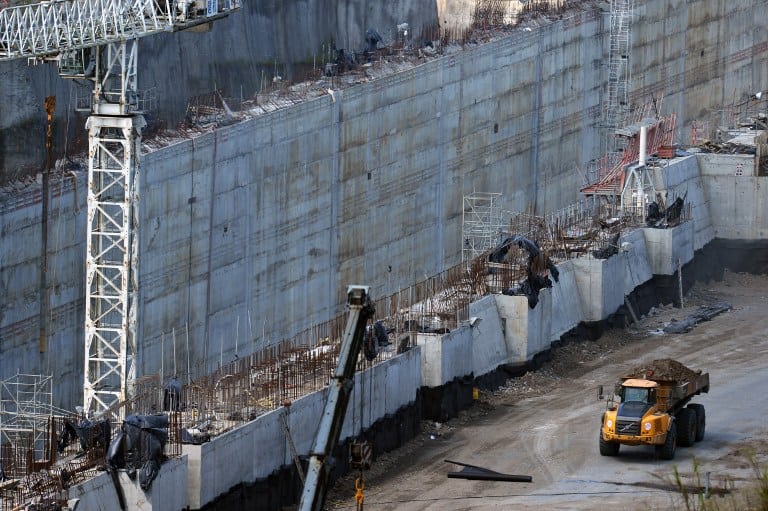 The Panama Canal locks in Colon, 110 km northwest of Panama City, are seen under construction on Jan. 17. ((AFP))

DAVOS — Work to enlarge the Panama Canal will be completed in 2015 no matter what, Panamanian Finance Minister Frank De Lima said Wednesday, despite the continuing feud over cost overruns with contractor GUPC.

The Panama Canal authority “has strongly affirmed that the canal would be complete in 2015, with or with out” the GUPC consortium, the minister told AFP on the sidelines of the World Economic Forum in Davos.

The consortium Grupo Unidos por el Canal (GUPC), led by Spanish builder Sacyr, has threatened to shut down the project unless the government agreed to pay $1.6 billion in unforseen costs.

On Tuesday, the consortium proposed that local authorities help pay the overspending that has threatened progress on a project seen as crucial to the regular flow of international maritime trade.

The minster acknowledged that the proposal was made, but said Panama was exploring “other alternatives” in case the GUPC abandoned the project, though he refused to say whether other builders had been approached.

“For Panama as well as for everyone, it is important that the canal enlargement work ends as soon as possible,” he said.

He added that ports up and down the North American coast were expanding to receive the jumbo sized ships designed to fit through the enlarged waterway.

The overall canal upgrade was supposed to cost $5.2 billion.

Work on the canal began in 2009 with the goal of being done by 2014 to coincide with the waterway’s 100th birthday.

But completion was pushed back to 2015 after a first disagreement between the canal authority and GUPC over cement quality.

In the current dispute, GUPC says it ran into costly overruns because the canal authority gave the builders the wrong information regarding the area’s geology.